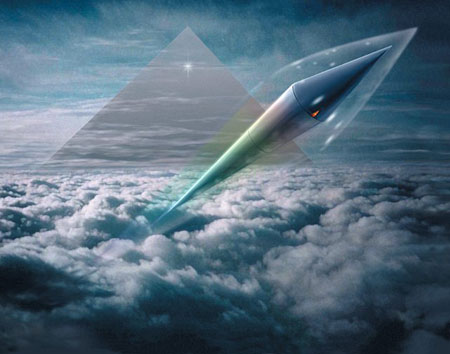 So you’re in a friend’s house and you notice this book on the coffee table.

More like a magazine, really, with a thick spine and somewhat oversize pages, but there’s this amazing image on the cover of two spacecraft and what appear to be human and non-human figures spacewalking, drifting out toward a meeting over a great swirling vortex of red.

You look at the title, “Galactic Geographic Annual 3003” it says, and below that is apparently a list of articles to be found inside: “The Passing of the Airwhales”, Diving In Methane”, “Music of Other Worlds”… and at the top you notice is says “Earth Edition”.

Opening the covers you do indeed find the articles listed, accompanied by stunning images, along with other topics like “The Rope Makers of Betel 2B”, “Harvest on Insandor”, and “At Home With the Tsailerol”, as well as advertisements for off-world tours, extraterrestrial zoos and “Temporal Modules”.

Suddenly it dawns on you that what you have picked up off your friend’s coffee table is an artifact from the future, a copy of the Galactic Geographic Magazine annual from the year 3003, complete with in-depth articles on alien life forms, first contact, missions to save planets and rescue explorers from black holes.

Through it all is page after page of fantastically imaginative and beautifully realized images of bizarre alien creatures, intricate otherworldly plantlife, fantastic landscapes and monumental starships set against the curves of great planets.

As you read through the pages, you begin to realize that the seemingly unrelated articles are actually telling a coherent story of space exploration, adventure and contact with three intelligent races, a story told with insight, imagination and wit.

The Galactic Geographic is the creation of veteran science fiction artist Karl Kofoed, a remarkable work that is the result of creative efforts over many years. Kofoed began the individual stories as articles for Heavy Metal Magazine in 1980, where it was a regular feature for two years. It resumed in 1998 and is running in the magazine today. The collection (the “3003 Annual”) was published in 2003.

Kofoed is also a graphic designer and does specialty photo restoration in addition to his wonderful speculations on life from other worlds.

He has just launched a new site devoted to his recent work, offering it up as clickable thumbnails or a slide show. The site also indicates that giclee prints are available.

The Galactic Geographic has its own site. Although navigation is less clear than it might be, if you follow links in the text under the images you’ll be rewarded with additional images and details.

Kofoed works both in traditional media and digitally in Photohop, often combining the two. His images range from sketchy and highly textured to sharply photorealistic, and can even be delightfully cartoony at times, always appropriate to the concept he’s illustrating. You can see some additional examples of his science fiction illustration here.

In some of his more recent work he will combine photographic elements, digitallly manipulated, with digital painting and traditional watercolor in a true mixed media aproach.

Kofoed’s wife, Janet Kofoed, creates unique and imaginative jewelry, often with sculptural components. I’ve had the pleasure of knowing Karl and Janet for a number of years and they are the kind of warm and genuine people that you hope all of your favorite artists would turn out to be.

The Galactic Geographic Annual 3003 is available from Amazon. I’m just not sure how they get them from the future.