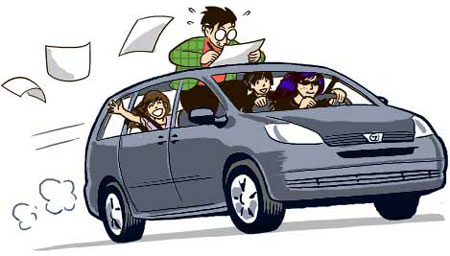 In spite of a personal schedule that I thought would prevent it, I managed to catch Scott McCloud’s lecture at Drexel University here in Philadelphia last night.

McCloud, for those of you not familiar with him, is a popular comics creator and writer, who is best known as a writer about comics, not in the sense of a reviewer, but in the overarching sense of one who tackles the philosophical questions of what comics actually are, what they can do and how they work as an art form and means of visual communication.

He’s also a comics creator, see my previous post about the online version of his long running character Zot!. You can also find some of his comics stories and experiments on his site.

This year McCloud released the third of his major books about the comics form. The first one, Understanding Comics, is a classic on the nature of comics as a medium and art form, and I can’t recommend it highly enough (certainly not in this short space). The second was Reinventing Comics, about the new forms comics are taking, particularly in electronic media, (in which he mentions my own webcomic, Argon Zark!). The new book is Making Comics, his foray into the art and craft of comics, about which I will write a more detailed post in the near future.

In support of the new book McCloud and his family have embarked on a 50 state lecture tour, with speaking engagements at universities, comics conventions, large comics shops and other venues across the country. Interestingly, in an interview on Marty Moss-Coane’s Radio Times yesterday on the local NPR affiliate WHYY (Real Audio file available by searching for Nov 30, 2006 on this page), McCloud says that when he is booked by a university, he’s never sure what department will be hosting him. It could be the art department, communications or technology. His lectures and writings are of interest to all of them.

I’ve had the pleasure of meeting Scott before, so I knew he was well spoken and articulate, but I was pleased to find that he is also a very good public speaker. His presentation was lively, witty, accompanied by well thought out and arranged graphics (as you might imagine), and in retrospect, covered a remarkable amount of ground in under an hour. He also tackled some fairly advanced concepts and made them seem simple and understandable with his usual aplomb, bringing to bear his uncanny understanding of the relationship between words and pictures in sequence (comics), and the power of that form to not only tell stories, but convey information, even complex information.

In all, this is a very worthwhile experience for anyone interested in visual art or communications of any sort, and if you are in the path of his lecture tour, I highly recommend that you try to catch his presentation. As far as I know the lectures are usually free and open to the public, particularly when sponsored by universities.

You can find the schedule on the Tour section of his site, as well as “along the way” details on a blog devoted to the tour, which also include tibits like “Winterviews“, videos in which McCloud’s young daughter interviews comics creators they encounter in their travels.

McCloud has also recently posted an online supplement to one of the chapters of the new book, called “Chapter 5½“, in which he adds to the “Tools, Techniques and Technology” chapter with information on computer technology displayed in its natural environment.