Felix Lorioux was a well known illustrator in his native France, but not as recognized here in the U.S. His fantasy filled, colorful, Art Nouveau inspired illustrations are an excellent match for the storybook subjects he took on.

They were not a good match, however, for Disney’s Mickey Mouse. His attempt to handle the French adaptations of Silly Symphonies were too stylized for Disney’s liking.

Lorioux is best known for his illustrations for children’s books by Charles Perrault. Perrault was a French author who, in the late 17th Century, took folk tales and codified them into the literary form we know today as fairy tales. His tellings of the stories of Cinderella and Sleeping Beauty, for example, are pretty much the ones we recognize today, not in the least because they were adapted by Disney for their film versions.

A 1927 edition of Perrault’s book Contes de Perrault (Tales of Perrault) contains Cinderella, Le Petit Pouchet (Tom Thumb) and Puss-in-Boots (images at left) illustrated by Lorioux. There is a complete scanned version of the French printing of that book available on the German site Digitale Bibliothek. 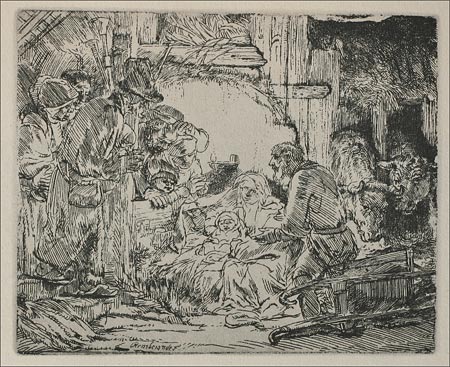 Addendum: Li-An writes to mention that those near Paris can still catch Rembrandt the Draftsman (EN) (FR) at the Louvre until January 8th, 2007.

Here in the U.S., in the midwest, Rembrandt: Master Etchings From St. Louis Collections goes to January 14, 2007.

Those of us on the East Coast have the opportunity to see Strokes of Genius: Rembrandt’s Prints and Drawings at the National Gallery until March 18th, 2007. 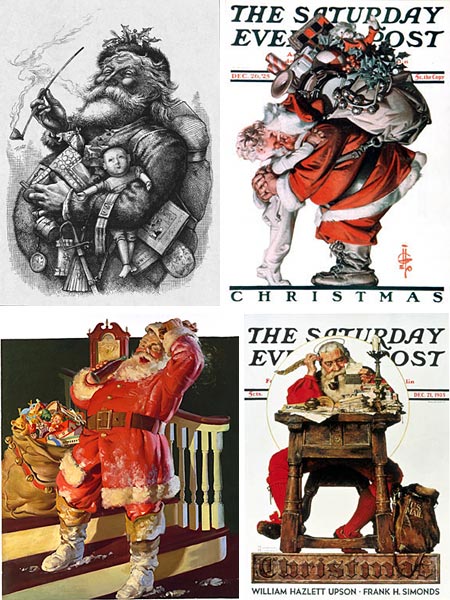 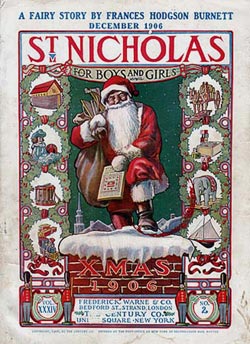 In another clear example of how much more respected comics and cartoons are in Europe and Japan than they are here in the U.S., the Centre Pompidou (George Pompidou Center for Contemporary Art) in Paris has mounted a major retrospective of the comics work of Hergé, the creator of Tintin.

Tintin, whose stories to my mind are one of the first examples of long-form comics (i.e. “graphic novels”), is a character much beloved in France and his native Belgium, and highly respected elsewhere. The exhibit at the Pompidou is in celebration of the fact that Hergé (Georges Remi) would have celebrated his 100th birthday in 2007. It also marks the Centre Pompidou’s own 30th anniversary.

There have been flickerings of recognition of comics as a major art form in America, the Whitney, MOMA and other museums have had sporadic exhibits (see my post on the Masters of American Comics exhibit currently in New York), but we still have a lot to get over in a country that continues to regard cartoons, and particularly comics, as juvenile and unworthy of serious attention. Part of the problem, of course, is that Americans associate comics with super-heroes, and aren’t often exposed to the undercurrent of broader subject matter that is flourishing in independent comics and in pockets on the web, and has always existed in Europe and Japan.

In Europe, where currency was for years imprinted with the faces of artists, writers and other cultural icons rather than politicians, art is viewed a bit differently and comics have a natural place in the mix and represent a wide range of style and subject matter.

The Centre Pompidou has draped an enormous banner with the image of the checked moon rocket from Tintin in Space on the front of the building, hinting at the extent of the exhibit inside. Laurent Le Bon, organizer of the exhibit said “It was important for the Centre to show the work of Herge next to that of Matisse or Picasso, important that the museum show Herge as another artist…”.

The exhibit displays over 300 original drawing and plates from Hergé’s career, which spanned much of the 20th Century. He created 24 Tintin albums, including one left unfinished on his death in 1983.

For those fortunate enough to be in Paris, the exhibit runs until February 19, 2007. For the rest of us, see if you can find some Tintin albums in your local bookstore or library. For more on Hergé see my previous post from last July. 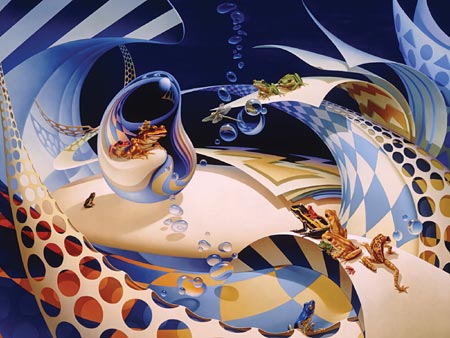 I wrote about Ilene Meyer’s beautiful Surrealist inspired paintings back in September.

Since then a new book has been released, written by D. Michael Tomkins and illustrated with her nature themed fantastic art paintings. The book is called The World Below and is a children’s story about survival and change in an ancient civilization that has parallels in modern environmental issues.

There is a site devoted to the book, but for some reason that eludes me, the site doesn’t take very good advantage of the book’s strongest selling point, and fails to feature Meyer’s beautiful illustrations as prominently as I would have expected. There is a sample chapter, a video interview with the author, a foreword by novelist Clive Cussler and a few small reproductions of Meyer’s images, but that appears to be it.

If you look harder, though, you’ll see a small row of text links below the main interface. There, amid links for Return Policy and Shipping Methods, is an easy to miss link for “Wallpaper“.

Here you’ll find a little treasure trove of Meyer’s illustrations at a higher resolution than you’ll find on her own site or elsewhere on the web. Until you can pick up one of her books (the other is a collection of her work), this is your best option to get a feeling for the appeal of her highly detailed and freshly imaginative paintings. 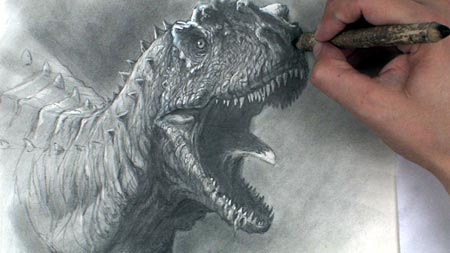