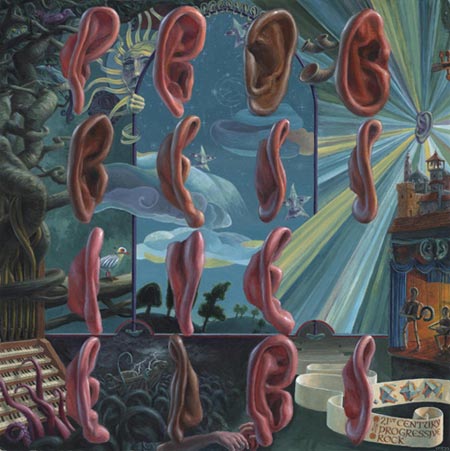 I’m going to make an assumption about this artist, simply because I don’t know much about him, but I do know a couple of things. The assumption I’m making is that he is relatively young and just beginning his career.

The reason I might assume this is because the list of credits on his web site is not long, and there are only a few of his illustrations displayed; but his illustrations are so compelling and he is so obviously talented that this could only be because he is just getting started.

Here is what little else I do know at this point. Michael Phipps is an illustrator currently living in Utah. He has a Bachelor of Fine Arts in Illustration from the University of Utah and his clients include Musea Records, Diversified Metals, Wyndam Hotel, Kameleon Design, Progressiveears.com, Musclemag International, Duo, Sceyence Records and Cedar Fort, Inc.

His work is featured in the 2006 Commuincation Arts Illustration Annual, and Illustrators 45, the Society of Illustrators Juried Annual.

He paints primarily in acrylic, although there is some colored pencil work on his site. The site itself only showcases 8 of his illustrations on the main page, and a few more are shown at a smaller size on the Original Art page, where you can purchase the originals.

Phipps has a fascinating treatment of dimensionality in his paintings. Objects hang in space, materials like clouds assume solidified form, waves are treated like two-dimensional stage props, and tree limbs twist and turn in on themselves like three dimensional puzzles. He has a knack for using subdued color and often plays with repeated forms.

The other thing I know is that I haven’t seen nearly enough illustrations by Phipps, and the small taste on his site has left me hoping we’ll see much more from him.

But I think that’s a fairly safe assumption.