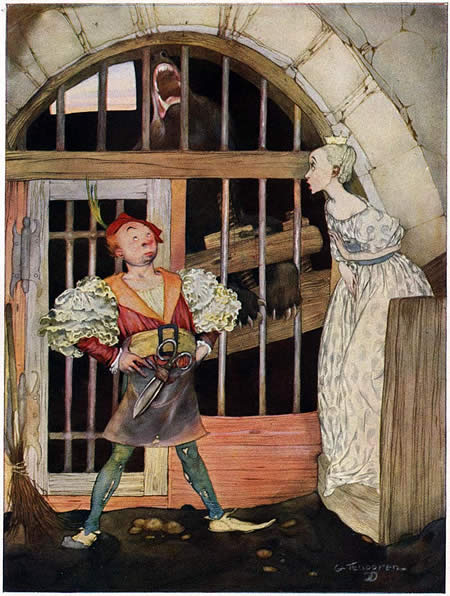 I wrote about Gustav Tenngren back in June. Like his countryman John Bauer, Tenggren was a wonderful and underappreciated Swedish illustrator who worked in the dark Art-Nouveau inspired style more commonly associated with Arthur Rackham, Edmund Dulac and Kay Neilsen.

If your only exposure to Tenggren is his later style, as exemplified by his work on The Poky Little Puppy and similar books, you may find his earlier style quite surprising. Personally, I’m much more enthusiastic about his early style, with its dark mysteries, haunted forests, intense characters, beautiful linework and wonderfully subtle color.

The new issue (#21) of Illustration magazine focuses on a feature article about Tenggren, and covers both phases of his career, though the emphasis is on the fascinating early work. Illustration has done their usual remarkable job of finding superb examples of the artist’s work, often pieces that are difficult to find elsewhere, and printing them beautifully.

I’ve also written about Illustration magazine before (also here), and I now get to tell you “I told you so”, and you should have subscribed when I mentioned it because the price has gone up from the absurdly low $10 per issue to $15, still inexpensive for great classic illustrations printed this well.

This issue also includes articles about the Al Parker exhibit that was recently at the Norman Rockwell Museum, and Barbara Bradley of the Cooper Studio.

You can view thumbnails of the entire issue on the Illustration site, and you can still also preview thumbnails for the previous issue and its extended article on Andrew Loomis.

For more information and links related to Gustav Tenggren, see my previous post.

5 Replies to “Gustav Tenggren in Illustration 21”