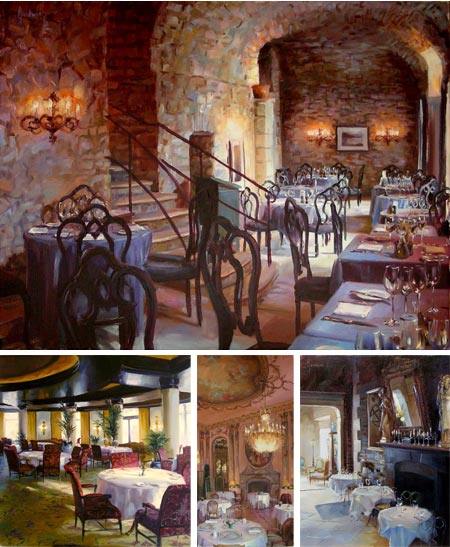 It’s always interesting to look at the particular subject matter that artists find compelling. Some look to traditional subjects and perhaps put them into focus with their own point of view, others look for unique subjects, or variations and twists on traditional themes.

Lindsay Goodwin is a young painter from California, who lived in Paris and travelled in Europe before returning to the U.S., who has a chosen to focus on restaurant interiors as subjects for her colorful, painterly images.

The subject also offers quite a range, from ornate and elaborate formal dining rooms to intimate bistros and informal bed and breakfast tables, as well as a range of location and nationality. (The image at top is of the restaurant in a hotel in Crillon le Brave in Provence, France; home to another artist I’ve written about on Lines and Colors, Julian Merrow-Smith).

It’s easy to see influences from Sargent, Edmund Tarbell, William Merritt Chase, and other American Impressionists in her approach.

Goodwin’s work has been featured in Southwest Art Magazine and the current issue of American Art Collector. 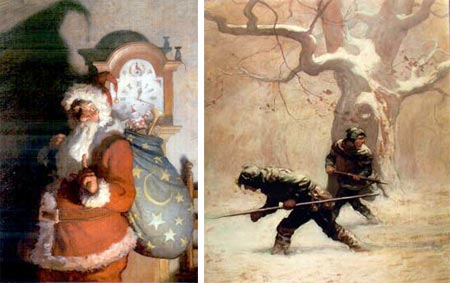 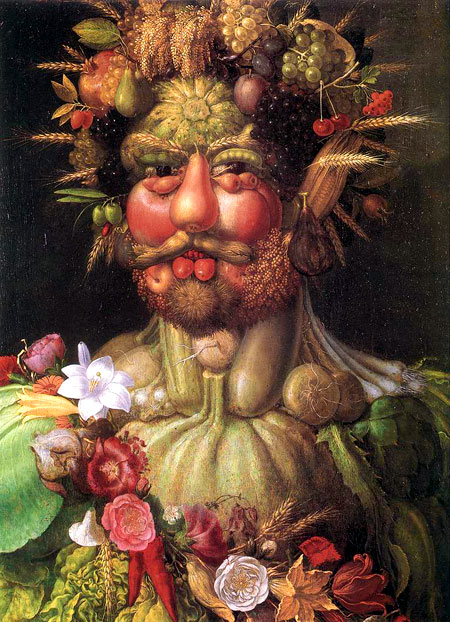 According to a saying that became popular in the 1960’s, you are what you eat.

Perhaps not as directly as in the marvelous and bizarre portrait heads created by 16th Century painter Giuseppe Arcimboldo out of arrangements of fruit, vegetables, tree roots, fish, birds and other natural forms, but a sobering thought nonetheless as most Americans prepare today for a traditional Thanksgiving Day turkey dinner.

Born in Milan, Arcimboldo worked on frescos and tapestries in cathedrals in Italy and was also court painter to royalty in Vienna and Prague. Most of his traditional work has been lost, though a few examples survive, but his quirky and amusing portraits made from fruit, flowers and other elements of the natural world, as well as books and other man-made objects, remain, and attract attention to this day.

Some of his fruit/vegatable portraits were less obvious, disguised in what were ostensibly paintings of arrangements of vegetables in bowls, in which the face was revealed when the images was viewed upside-down, a precursor of the popular optical illusions circulated in later centuries. These upside-down portraits, when viewed in their orientation as paintings of fruit or vegetables in bowls, were, along with more straightforward images sometimes attributed to Caravaggio, among the earliest examples of still life as isolated subject matter for paintings.

The image above (large version here) is thought to be a likeness of Arcimboldo’s patron, Emperor Rudilf II, but it’s titular subject is Vertumnus, the Roman God of the seasons, whose penchant for changing his form to get what he wanted (like the favors of the goddess Pomona) personified the value of change in the practice of rotating crops to preserve the fertility of fields.

Arcimboldo’s paintings were celebrated by the Surrealists, who were always on the lookout for hallucinatory visionaries they could consider their precursors; and there has been some speculation that his inclination to see faces in arrangements of objects was the result of mental illness; a notion perhaps encouraged by his more disturbing images made of fish, birds and other animals, or the haunting images made of tree roots; but the truth is likely more prosaic. The Renaissance, a time of relative plenty and stability compared to the centuries that preceded it, not only provided the luxury of devoting more attention to art, but of indulging in puzzles, whimsies and amusement with the bizarre.

The luxury to enjoy the fruits of life beyond the necessities of survival, in particular the bounty of art, is always something for which to be thankful. 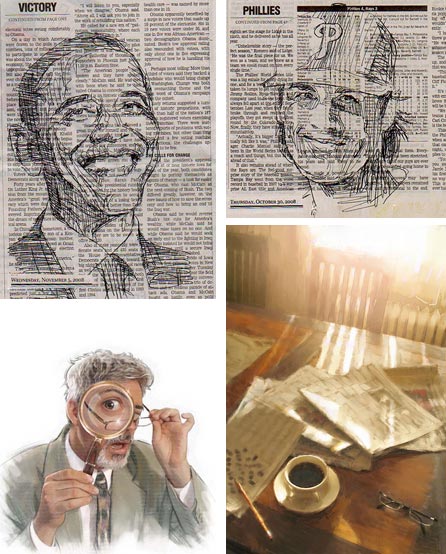 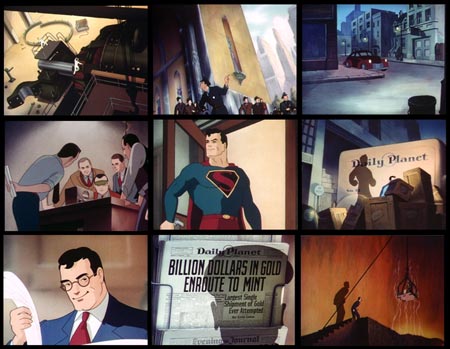 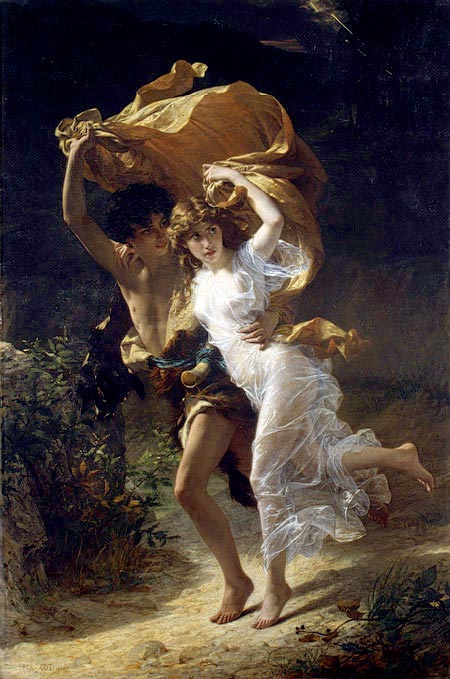 Pierre-Auguste Cot is one of those painters known primarily by one popular image, in this case The Storm, above, a commissioned image that Cot exhibited in the Paris Salon of 1880.

The painting has become part of pop high-culture (not quite pop culture) and has often been visually referenced or parodied, as in this portrait of Woody Allen and Mia Farrow by Edward Sorel.

Cot was a French Classical Academic painter, whose legacy also includes one other painting that retains popular appeal to this day, Springtime. Both of these works are of the idyllic, classical tradition in which the subjects and their surroundings are idealized. There is a Baroque feeling of fantasy/romance to them that accounts in large part for their popularity, in addition to Cot’s confident handling and strong figure work (not to mention a bit of sexy suggestion).

Cot studied under several French Academic masters, including William-Adolphe Bouguereau. As with Bouguereau, Cot’s work was very popular in his own time, but fell into disdain during the systematic disparagement of academic art by the moderninst establishment in the latter half of the 20th Century.

The Storm is in the collection of the Metropolitan Museum of Art in New York (I found a close-up of it that someone posted on Flickr). Springtime, although privately owned, was also on display there for a number of years, though I don’t know if it is still hanging at the Met.

There are also some of Cot’s other works reproduced in books and on the net, though few of the portraits that were actually his primary focus.