Odilon Redon (Bertrand-Jean Redon) was a French Expressionist/Symbolist painter and pastel artist whose career in the latter half of the 19th Century was marked by restless experimentation with spare compositions, intense colors and blurred images that suggest more than they reveal.

His dreamlike excursions into shifting mists of color and soft suggestions of form and emotion anticipated the Surrealists fascination with dreams and unconscious imagery.

His textured pastels, often collisions of half hidden shapes and lost edges, presaged the break up of naturalistic forms into geometry that would herald Cubism; and his brilliant intense clashes of undiluted color bridged Impressionism and Fauvism.

Redon was also a lithographer, working in dramatic black and white works that seem to have emotional color under their surface, waiting to be released.

He originally failed his entrance examinations for the École des Beaux-Arts, but later was admitted and studied with Jean-Léon Gérôme. In sharp contrast to Gérôme’s precise renderings, Redon’s images often blend recognizable forms with passages that dissolve into ambiguous intimations of subjects, vague hints of objects and scenes whose definition is left to be filled in by the viewer’s subconscious. 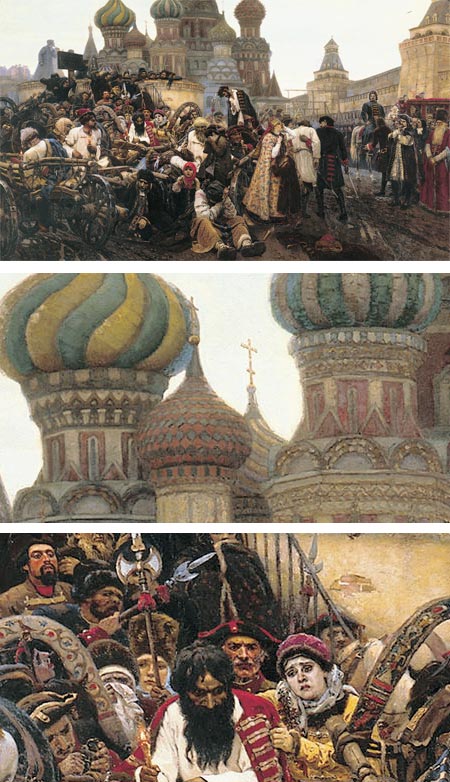 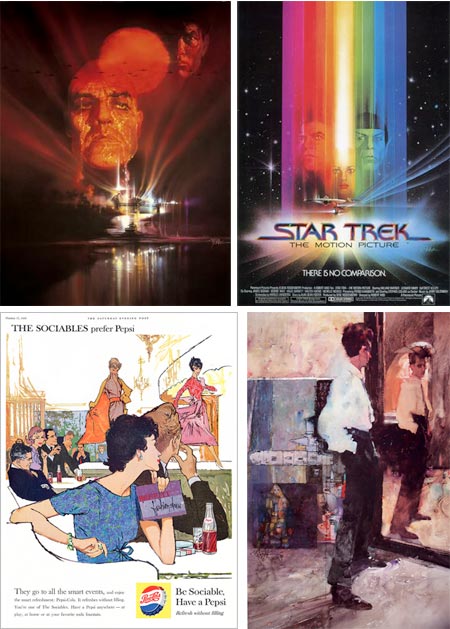 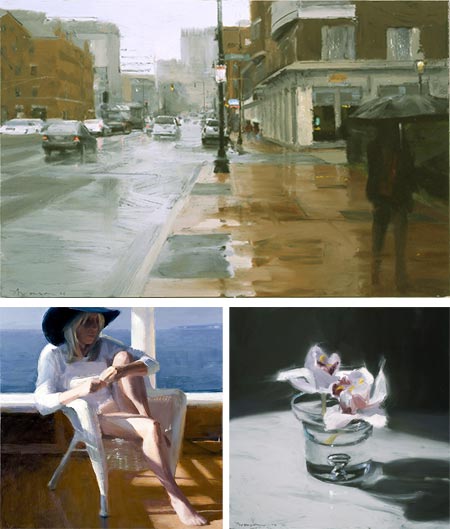 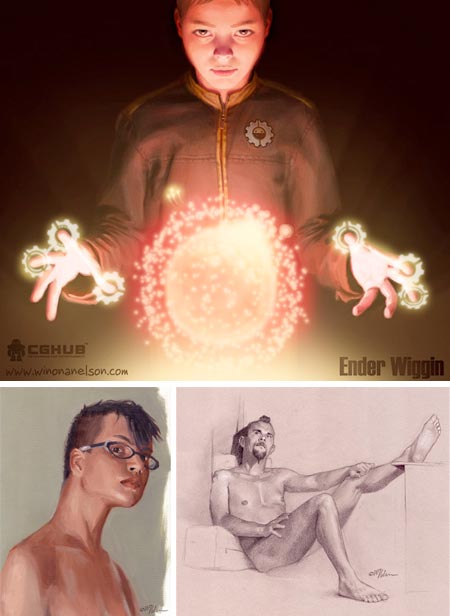 She previously worked for Flagship Studios in Hellgate London and has done work for Wizards of the Coast, Platinum Studios and others.

In addition to her concept art, character and object design and illustration, Nelson also does some comics work.

Her web site has example from various categories, but particularly of interest is the “Fine Art” section which includes some very nice figure drawings, cast drawings and portraits, including the self-portrait above, lower left.

Nelson also maintains a blog on which she posts sketches, finished paintings and works in progress; and discusses her ongoing and upcoming projects. 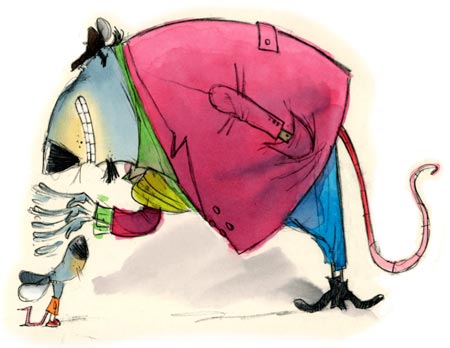 Mike Lester is a Georgia based illustrator and cartoonist who just received the National Cartoonist Society’s Ruben Award for Book Illustration, for his illustrations for Cool Daddy Rat, a read-aloud children’s book written by Kristyn Crow.

In addition to his numerous illustrations for children’s books, Lester is an editorial cartoonist for the Rome News-Tribune, and also does a range of other commercial and editorial illustration.

Lester is also the creator of the Mike du Jour semi-animated cartoon for DowJones.com and Work.com