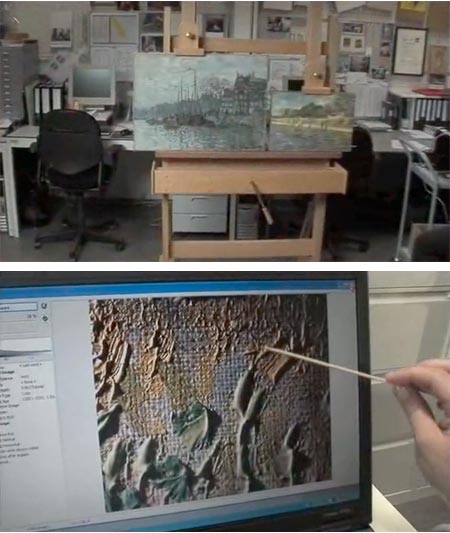 Art Babble is a terrific site that promises to get even better, and probably rapidly.

For the most part these seem to be high end, professionally made videos that delve into a variety of art subjects. I’ve only had chance to watch one full video so far, and perhaps I got lucky, but I found it fascinating, illuminating and nicely erudite without being stuffy or overly technical.

Research in progress: Van Gogh and contemporaries (images above), from the van Gogh Museum in Amsterdam, is a short in which a restorer from the museum examines a painting by Van Gogh and a painting by Monet side by side, utilizing a range of approaches, from naked eye to microscope to x-ray to ultraviolet, and explores similarities in their painting technique, the use of broken color and the choice to allow the ground to show through the brushstrokes to add to the color and texture of the painting.

if the other videos are of this quality, I’ll be looking for a lot of spare moments to return to the site.

You can view the list of videos by topic (“Channels”), by artist, by series or by the participating institution. 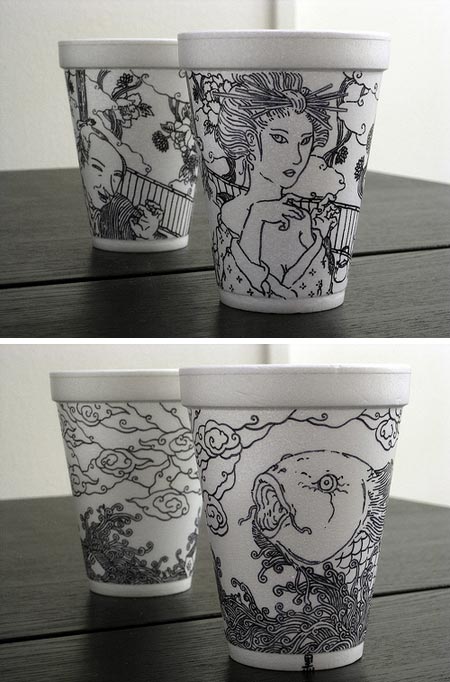 Those of us who have a tendency to doodle on whatever surface is handy may not think that surprising, but the degree of skill and work that he puts into his unusual medium is outstanding.

His subjects range from cartoons to detailed stippled portraits to elaborate decorative drawings inspired by the style of Japanese prints.

The drawings use the entire circumference of the cop, connecting with themselves in a continuous band. The flicker set of his cup drawings features them set against a mirror and also often includes multiple views of the same cup.

There is a photo sequence of his process and a video as well.

Boey’s cups sell in galleries for $120 to $220 and are sometimes placed in plastic cases. There is an article on him on the OC Register.

You’ll often hear disparaging remarks about unorthodox art materials, particularly when they’re not “archival”. I dont’ know about the Sharpie ink, but Boey’s styrofoam “canvas”, as any eco-warrior will tell you, will last for a long long time.

Addendum: The Sharpie blog has an interview with Boey 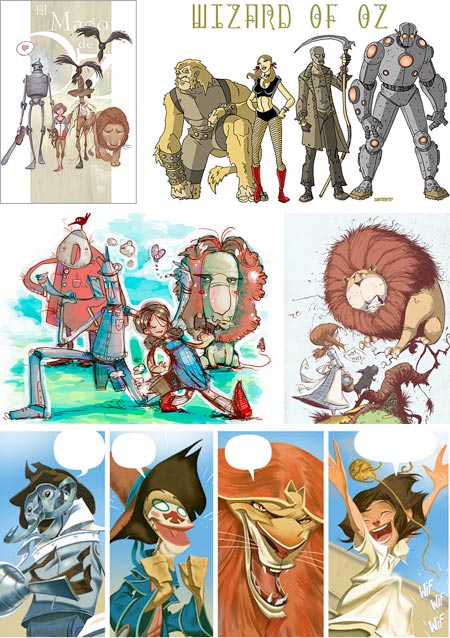 As a fun addition to my previous article on W. W. Denslow, here’s a piece on The Design Inspiration that has collected some contemporary artists’ interpretations of the major characters form the Wizard of Oz book and film: 25 Various Styles of The Wizard of Oz Illustrations.

Link: 25 Various Styles of The Wizard of Oz Illustrations on The Design Inspiration 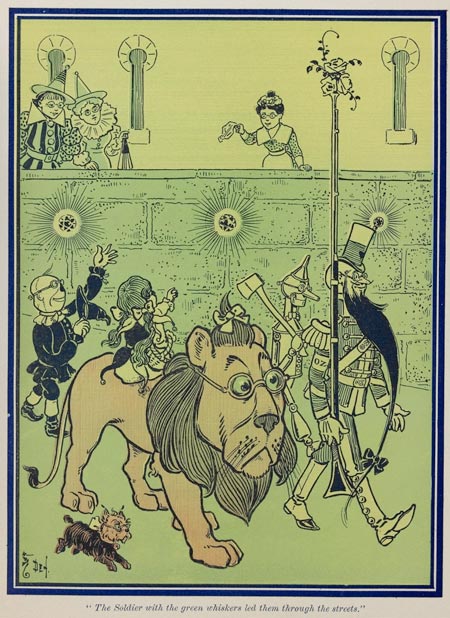 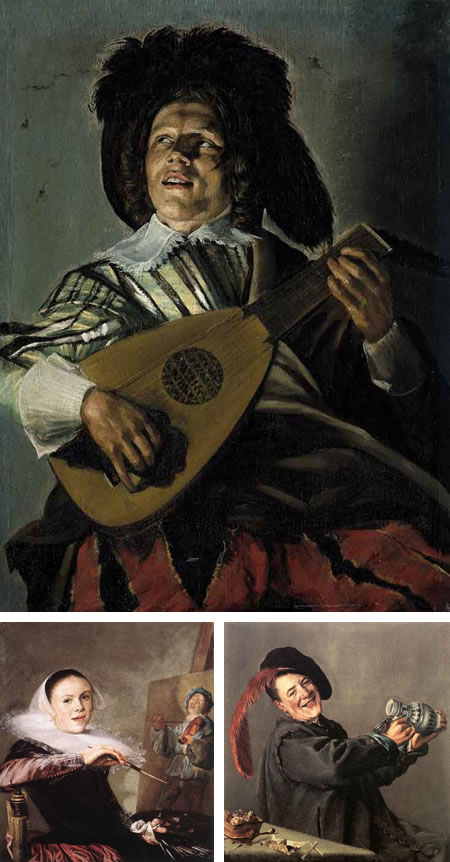 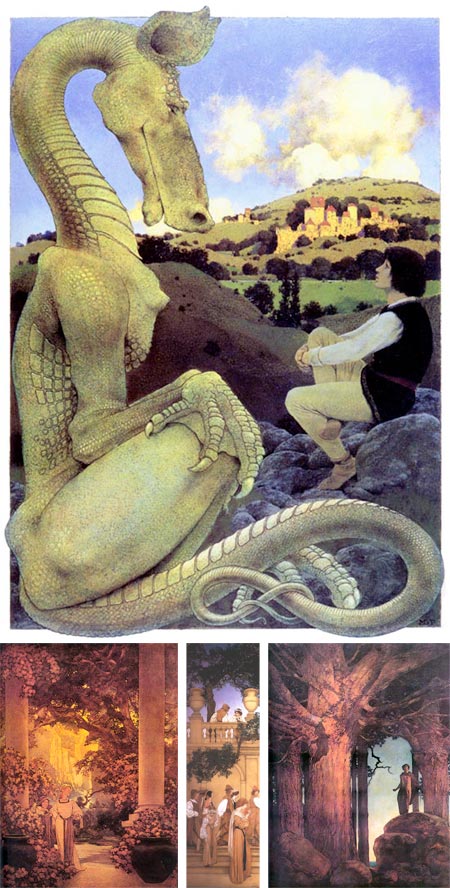 Today is the birthday of Maxfield Parrish, one of the great illustrators form the “Golden Age” of American illustratraton.

For more, see my previous post on Maxfield Parrish, which includes a list of links to galleries of his work and other resources.

I’ve included a few additional resources below that I’ve come across since then, in particular the large reproductions from The Arabian Nights on ASIFA-Hollywood Animation Archive.

The list on my previous post is the primary one, however, with the most resources and images.