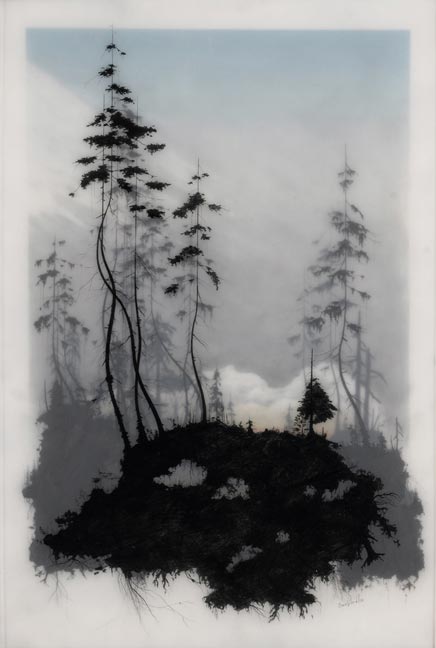 His unusual, and painstaking, approach gives his images a delicate feeling of depth and otherworldly mystery. He often juxtaposes artificial constructs, like metal towers, with natural forms, both emphasizing the contrast in form and the odd harmony of their place in his compositions.

His images are largely monochromatic, with occasional touches of faint color, but within their gray and black tones they have a palette of “colors” that are reminiscent of Chinese or Japanese ink painting.

If you’re in Southern California, you can catch the last few days of the Momentum show at Gallery Nucleus in Alhambra, which features work by Salzwedel and five other artists.

From September 12 to October 10, 2009, he will have a solo show at Black Maria Gallery in Los Angeles.