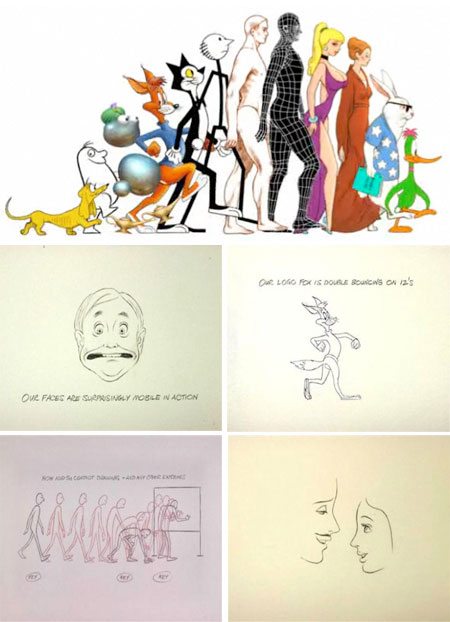 In the 1990’s, Richard Williams, the Canadian animator responsible for the brilliant animation in Who Framed Roger Rabbit, began teaching an Animation Masterclass in various locations around the world. It was attended by members of major studios like Disney, Pixar, ILM, Dreamworks/PDI and Warner Brothers; who knew a Good Thing when they saw it.

Williams’ Masterclasses became somewhat legendary, with participants often claiming that the course changed their lives, or at least the way in which they saw, understood and created animation. The courses, and Williams’ approach, are founded on an understanding and keen observation of motion, particularly human motion.

His influential lectures were later codified in a book called The Animator’s Survival Kit, considered a must-have standard by knowledgeable animators and animation students.

Williams also created a series of videos for which he gave his Masterclass lectures in front of the camera; and additionally created over 400 special animations illustrating various points and techniques.

A newly revised version of the series has been released as a 16-DVD boxed set, The Animator’s Survival Kit – Animated.

At over $1,000.00 USD, the set is not inexpensive; but neither would be a classroom course of this quality and depth, if you could find one.

Even the short clips on the web site, meant give you a taste of the video set’s major sections, are instructive and fascinating in themselves (4 bottom images above); though many aspiring animators may not like the first one (grin).

Just look at his brilliant description of how to make a character correctly mouth the word “Hello” (#13 Dialog 1, top left of this page). All of the others are worth watching as well.

I absolutely love the group walk cycle animation on the home page (still image at top), and the animated intro from which it is taken.

This review from Daniel Briney may give you some additional perspective on the course.

[Via Articles & Texticles, which has a 10 minute audio interview with Williams on the post]