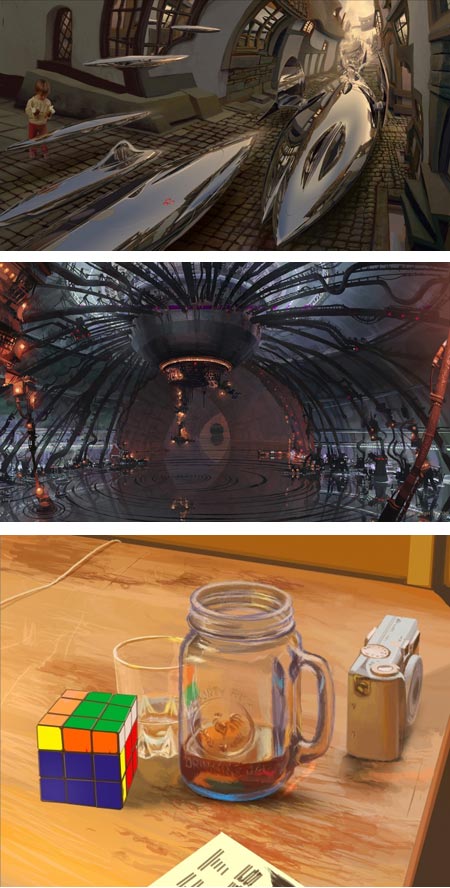 I wrote about Nick Pugh back in 2006. Pugh is a concept artist and designer for the entertainment industry.

In addition to his work in feature films, he often does design work for theme park rides and attractions.

Since my previous post, Pugh has redesigned his web site and added considerable material. You’ll find links to various galleries, including those exploring his interest in concept vehicles, and his fascinating “Liquid Vehicles” ideas (image above, top).

Pugh is a digital painter, and of particular interest to me were his pieces in the section labeled “Luminair”, a series of digital paintings from life (image above, bottom).

Digital painting is most commonly associated with paintings of the imaginary and fantastic, making it a common choice of media for concept art, but a number of artists are using it to paint from life (see my post on sparth construct). It’s a practice I sometimes enjoy myself, and find particularly fascinating in that it allows effects and colors unavailable in traditional media.

Luminair is the title of Pugh’s instructional book on the subject. There are other books either about, or including Pugh’s work in the “Store” section.