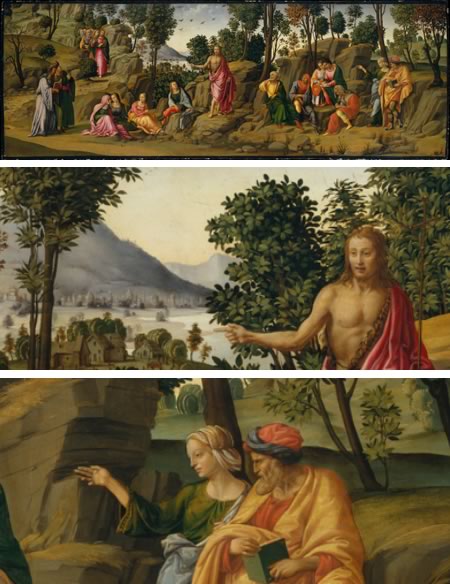 The latest prize to surface from the ever shifting sea of the attributions of works from the past is the suggestion by Everett Fahy, former Chairman of European Paintings at the Metropolitan Museum of Art, that a painting in the museum’s collection that has been attributed to the circle of Francesco Granacci, Saint John the Baptist Bearing Witness, may in fact be the work of Granacci’s close friend Michelangelo.

There is a good article on ARTnews, in which Fahy describes his “ah-ha” moment in front of the panting, the scholarly article he wrote on it, which took a while to complete, and the fact that he expects critics to “throw brickbats” at his suggestion now that it has been released.

For those of us who are not scholars of the Italian Renaissance, the major interest lies in the possibility that we may now know more about Michelangelo, and at the very least, we can look at this particular painting with fresh eyes.

Link: Saint John the Baptist Bearing Witness, Metropolitan Museum of Art
Why it's a Michelangelo, Artnews, 4/10