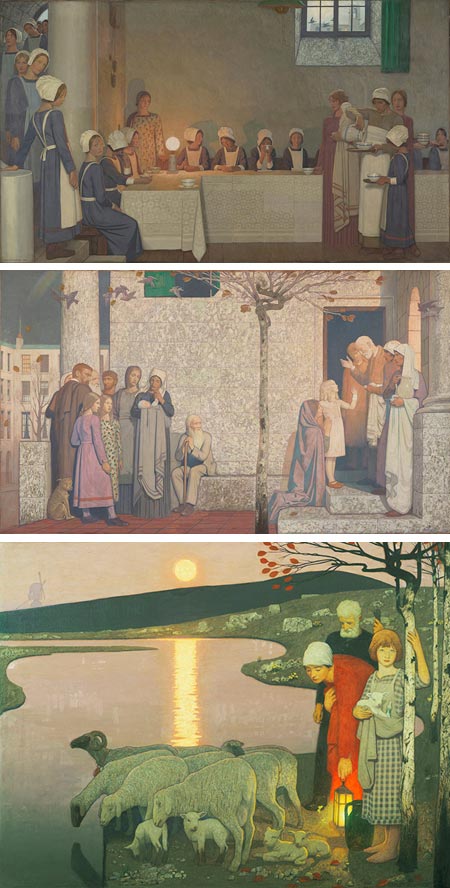 I came across Frederick Cayley Robinson by chance, and unfortunately missed the dates of the recent exhibit at the National Gallery in London that brought some attention to this otherwise little known painter and illustrator.

The National Gallery exhibition focused on the best known of Robinson’s works, a series of four large scale paintings created for the Middlesex Hospital, collectively titled Acts of Mercy (two top images, above).

Though the exhibit itself is past, the national Gallery site has a bit of online information and a link to a slideshow with audio commentary, and some close-ups of the paintings, on the BBC News site.

There is an insightful review of the show on The Guardian, and their accompanying slideshow is still accessible.

When the Middlesex Hospital was closed, the four paintings were purchased by the Wellcome Trust and are on permanent display in the Wellcome Library.

Robinson was active around the turn of the 20th Century. He studied at the Royal Academy and at the Académie Juilan in Paris.

His crisply delineated, oddly quiet canvasses might be though of as symbolist, and have some feeling of the Pre-Raphaelites, particularly Edward Byrne-Jones.