I’ve always been fascinated with works of realism in which the representational image, which presents an illusion of reality, transitions to obvious marks on paper or paint strokes on canvas at the edges, allowing us to see both the drawn or painted illusion and the reality of marks on a surface in the same image.

In many of the paintings of Charles E. Williams II, this effect is pronounced and takes the form of dripped paint marks at the bottom edges of his compositions, which are often of scenes involving creeks, streams or other bodies of water.

The effect is striking, highlighting both our perceptions of three dimensional scenes on a two dimensional surface, and Williams’ skills as a realist painter, without which the effect would be negligible.

Williams was born and is based in South Carolina; he studied fine art at the Savannah College of At and Design in Georgia.

In addition to his website, Williams posts his work to a blog, and you can also find galleries of his work on Bluecanvas and Robert Lange Studios.

[Via Escape Into Life]

As I mentioned in my post from 2007, Louis Comfort Tiffany, in addition to designing beautiful Art Nouveau artifacts and stained glass, was an accomplished painter.

The Tiffany Studios Research Center now lists resources I didn’t include in my previous post.

The Telluride Gallery of Fine Art in Colorado is presenting an exhibition titled From Beasts to Babar: Ten Illustrators of Children’s Books that features work by Bernie Fuchs, Maurice Sendak, Etienne Delessert, Gennady Spirin, Henrik Drescher and others.

Unfortunately, the images on the gallery’s site are small, but even for those who can’t get to the show, the selection if interesting — and you can follow up with individual searches. 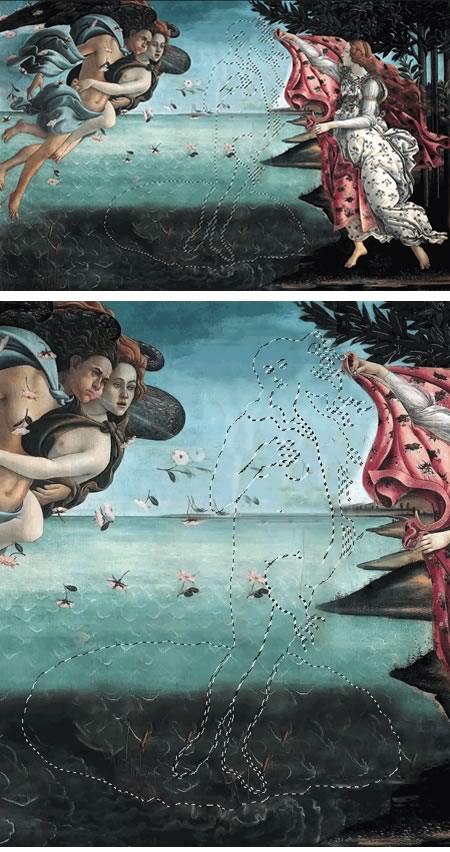 Though John Singer Sargent has become increasingly popular in recent decades, and even moved up in the begrudging valuation of art critics and museums from his position in the mid 20th Century as a “facile craftsman” to one of a more respected artist, there are still elements of his work and career that are much less well known than they should be.

In particular, his series of remarkable murals for the Boston Public Library, which he may have considered his most important work, as well as murals for Harvard University’s Widener Library and those in the Museum of Fine Arts, Boston should get greater attention.

The murals are certainly Sargent’s largest scale works, and are in large part painted in a style uncharacteristic of his more familiar portraits and landscapes. Those in the Boston Public Library depict the history of world religion and are painted in the style of Italian Renaissance frescoes, incorporating the surrounding architectural elements of the building into the work.

He also incorporated an unorthodox combination of canvas panels with raised relief elements attached to the canvas. All of these elements presented challenges with the murals were restored in the late 1990’s.

The library has a website devoted specifically to the murals. Unfortunately the images are on the small side and not as easily navigated as they might be. The site has worthwhile information, though, as well as some Quicktime VR interactive panoramas of the spaces.

There is also a description and a diagram with links to images on the library’s main website.

There are some larger images of the Boston Library murals on Brian Yoder’s Goodart Gallery and a multi page article on Mural Crew about high school artists painting works inspired by the murals that includes photos of the originals. There is also a video on YouTube of the library murals, accompanied by music.

The Museum of Fine Arts has reasonably large images of their murals, including lots of drawings and preliminary studies. There are also large images on the John Singer Sargent Virtual Gallery.

There is a book of Sargent’s Murals by Carol Troyen, that may be out of print, but can be found used.

You can also find good images by doing a Flickr search for Sargent Murals.

I was saddened to hear that visionary artist Robert Venosa died yesterday, August 10, 2011.

Venosa was well known and respected in visionary art circles, and studied with noted figures Mati Klarwein and Ernst Fuchs. He later became friends with Salvador Dalí and was the one who introduced H.R. Giger to Dalí.

Venosa was a teacher as well as an artist. He and his partner, artist Martina Hoffman, travelled extensively conducting workshops in visionary art. Venosa also did images for CD covers and work as a concept artist for the film industry.

His shimmering images of fantastic liquid forms, bathed in otherworldly light, were largely done in an approach inspired by the Renaissance “Misch Technique” of layers of oil glaze over a tempera underpainting, though he substituted casein for tempera. He later utilized digital as well as traditional media.

Unfortunately, the images on his official website are small and don’t do his work justice (thumbnails are not linked in the galleries, click on the buttons). See the detail of the painting above, top, second down. If you search around you can find some of them posted in larger sizes, as here on LSDEX.

For more, see my previous posts on Robert Venosa and Martina Hoffman.