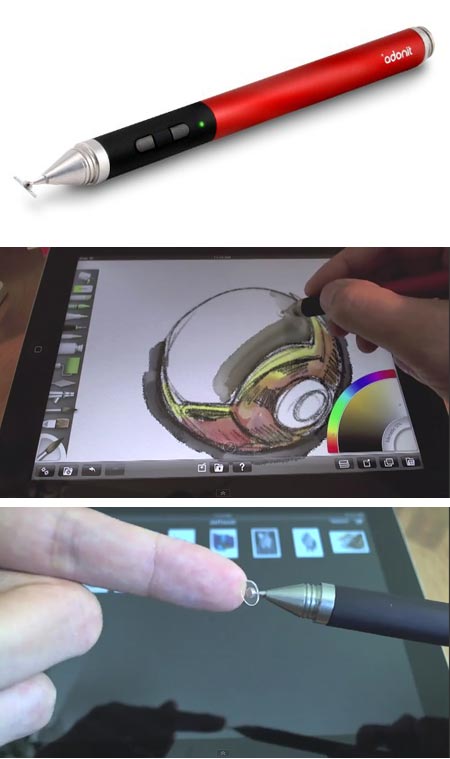 Those of us who enjoy drawing and painting digitally, either with a pressure sensitive tablet and stylus on a desktop computer, or with a capacitive stylus on an iPad (sorry, Apple, fingerpainting is for kids), are often frustrated with the disconnect between the two.

Most notable is the lack of pressure sensitivity on the iPad, leaving us constantly tapping to bring up adjustment controls to change opacity or line weight.

The Jot Touch Bluetooth pressure sensitive stylus for iPad by Adonit seeks to change that, encapsulating the pressure sensitivity into the stylus itself, and communicating that information to pressure aware apps via Bluetooth.

Though I can’t yet give you a personal review, there are several appearing around the net, particularly a nicely thorough video review (bottom two images above) by concept artist and animator I-Wei Huang, AKA Crab Fu.

The functionality of the stylus is limited to support incorporated into the painting and drawing apps, but many of the major titles are on board. More details in the reviews listed below.

The Jot Touch is about $100 (Available on Amazon).