Wikimedia Commons (see my Lines and Colors post here), the huge, mostly public domain image repository associated with Wikipedia, has a nice aspect to its organization that lets you view a broad variety of art organized by year, decade or century.

These are just a few paintings from the (apparently splendiferous) decade of the 1660s. As much as I love 19th century painting, I think I have to vote for the 17th century as the high water mark for the art of painting.

Here is the Wikimedia Commons page for 1660s paintings.

Unfortunately, like many (if not most) repositories of art images on the web, many of the images you encounter will have color that is way off (sometimes way way off) from the original painting. One thing about Wikimedia Commons, however, is that you will often see several different versions of the same image, with different color casts. (Hint: if the image of a painting from the 17th century has colors that look like they fell off an Impressionist’s palette, it’s a pretty good guess way off.)

See my similar Lines and Colors post on 1880s paintings from Wikimedia Commons.

I’m continuing to write articles on painting for Painting.Answers.com, some on materials and techniques, some on painters and paintings from history.

Here are my most recent articles, the first three of which use a new slideshow format.

Beautiful Highlights from the History of Watercolor Painting

The Different Kinds of Oil Used in Oil Painting

As always, I try to maintain an updated list of my articles on painting for Answers.com here on Lines and Colors at http://linesandcolors.com/answers 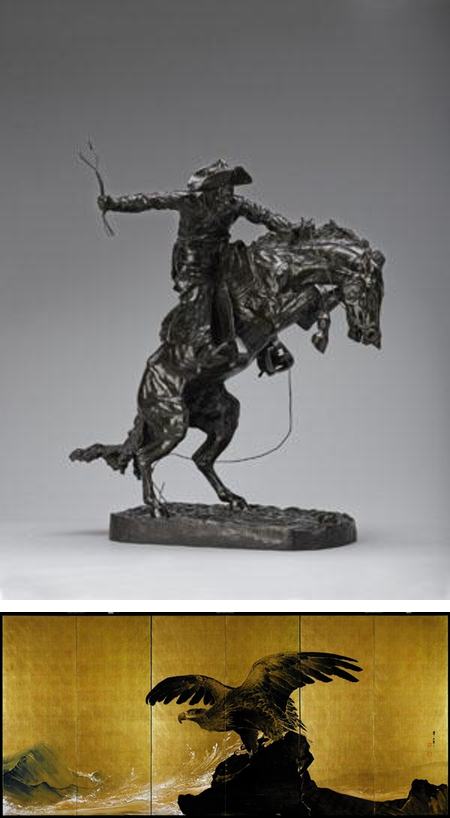 Stock Schlueter is a painter from northern California, who excels at capturing the light and atmosphere of that region, as well as more exotic locations from his travels.

Previously a watercolor artist, Schlueter switched to oils, and works both on location and in the studio for his landscapes. His website has a portfolio of both plein air and studio work, as well as a selection of portraits.

On his blog, you will find both, often reproduced larger, along with descriptions of the locations and conditions for the individual paintings.

I particularlry enjoy some of Schlueter’s more unusual subjects, like industrial night scenes and weathered old trucks in snow.

A View near Volterra, Jean-Baptiste-Camille Corot

Wow. I just love these direct, observational landscapes from Corot — filled with light and the feeling of immediate atmosphere. You can see why the Impressionists thought so highly of him.

Original is in the National Gallery of Art, D.C. The image on the linked page is zoomable. Click “Download” for larger images. You have to create a (free) account to download the high-resolution images.