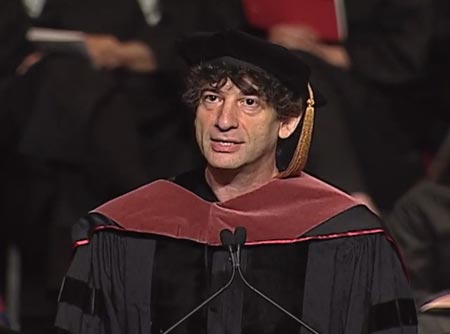 For those who are dismayed, as I am, at the recent turn of events, and the likely devastating effect it will have on the state of the arts here in the U.S. (see my before the fact storm warning to that effect), I offer some insightful suggestions about art in the face of adversity from writer Neil Gaiman.

This is a video of his remarks as he addressed the graduating class at the University of the Arts here in Philadelphia in 2012.

He doesn’t really get to the point until about 6 minutes in, but do yourself a favor — set aside 20 minutes, pour yourself a hot (or cold) beverage, relax, and watch the entire address. It’s amusing, well crafted (he’s a good writer), and will leave you feeling better about your course as an artist in troubled times.