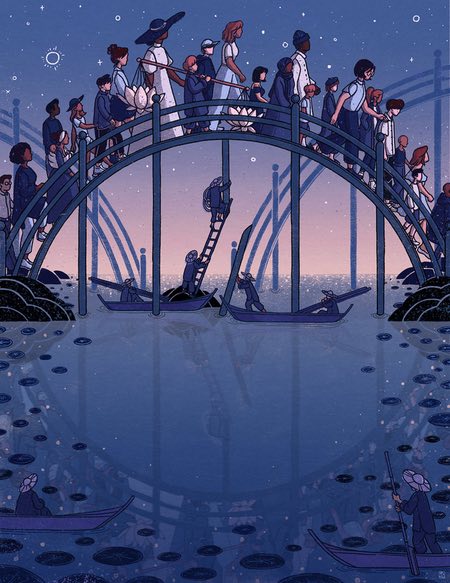 Christina Chung is a Brooklyn based illustrator who describes her nationality as Taiwanese-Hongkonger-American. Her clients include The New York Times, The Atlantic, The Washington Post, Scientific American, Science Magazine, NPR, Abrams Books, Penguin Random House, and Lucasfilm, among others.

Her illustrations, often in a line and fill approach, use restrained palettes and carefully controlled value relationships to imbue complex drawings with harmony and mood. Her images invite you in to gradually reveal their thoughtful narrative elements.

Chung appears to work out her ideas with sketches in traditional media before moving to digital for the final illustration. There is a description and walk through of her process on the site of her artists representative, Richard Solomon. 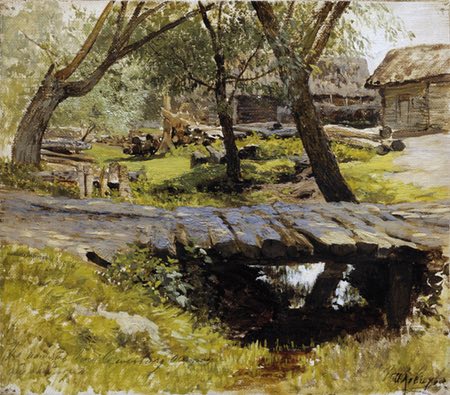 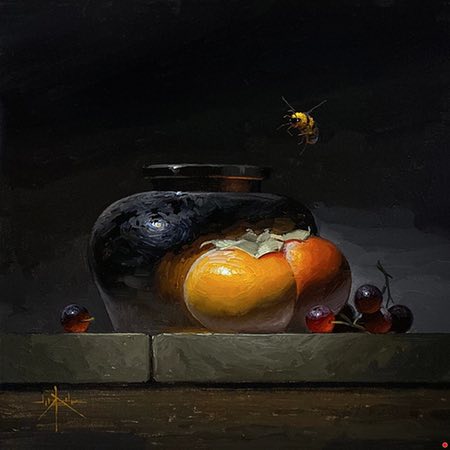 Blair Atherholt is a painter whose approach to still life combines modern sensibilities with traditions from the “Golden Age” of 17th Dutch still life. Many of his compositions feature dark backgrounds and strong chiaroscuro in the definition of objects, as well as attention to “lost and found” edges.

He departs from those traditions in his use of textural paint application — often in a direction that helps define the form or the intensity of light against it — and his occasional choice of unconventional objects. He also sometimes casts lighting around or behind objects in a way that suggests theatrical halos of light.

He also plays with contrasts of high and low chroma passages within his paintings, forcefully drawing your eye to specific parts of the composition, but retaining a naturalistic feeling overall.

I particularly like the evocative combination of texture and dimensionality in his approach. 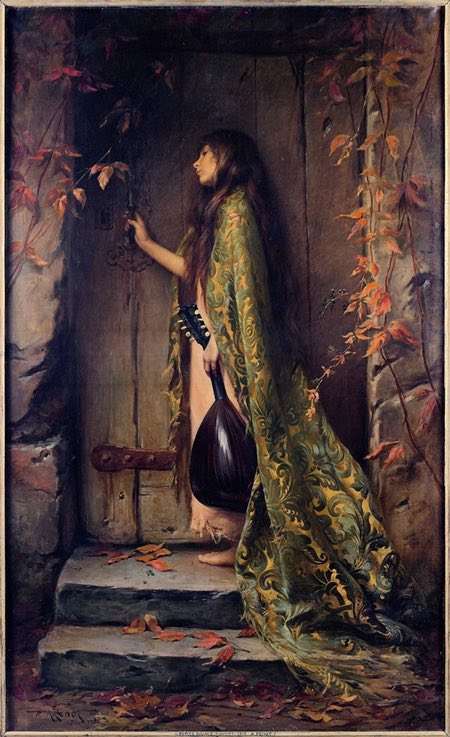 Oil on canvas, roughly 63 x 39 inches (161 x 98 cm). Link is to a past auction on Tajan auctions. There is a somewhat smaller image on Wikimedia Commons which lists the location of the original as Museum No Hero, Delden (The Netherlands).

Google translates “La Petite Cigale” as “the little cicada”; perhaps that was the artist’s nickname for his daughter, I don’t know.

If you’re inclined to search for more of Pénot’s work, you will find some beautiful paintings, but be aware that many of them would be considered NSFW. 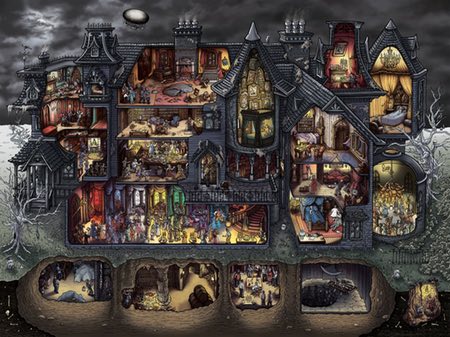 I have to say that I just love cutaway illustrations, those wonderful glimpses of the workings of cars, aircraft, ships, machines, buildings and other complex objects in which the artist has granted the viewer the gift of x-ray vision.

Her intriguingly complex buildings like “Macabre Mansion” and “Murder Castle” feature literary references or ties to actual events. Her blog features posts that give background on many of her illustrations, as well as detail crops, in progress images and process information.

Her most complex illustrations appear to be drawn in traditional media (pencil and ink), and then scanned into the computer for digital coloring.

If the home page of her website looks more like an eCommerce site, it’s because two of her cutaway illustrations have recently been made into jigsaw puzzles. These are available through her online store, along with prints of some of her illustrations. 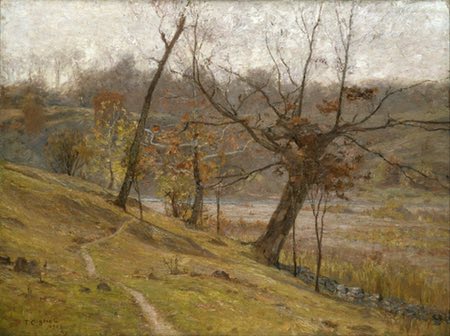 The Bloom of the Grape, Theodore Clement Steele

Oil on canvas, roughly 30 x 40″ (76 x 100 cm). Link is to zoomable image on Google Art Project; high-res downloadable file on Wikimedia Commons; original is in the Indianapolis Museum of Art.

If, like me, you’re wondering why you don’t see any grape vines in Steele’s wonderfully painterly evocation of the late fall landscape, here is a line from the museum’s gallery label:

“The title refers to a white, gauzy veil known as the ‘bloom’ that covers grapes at harvest time. Steele said the hazy, frosty days of late October and early November reminded him of the bloom of the grape.”