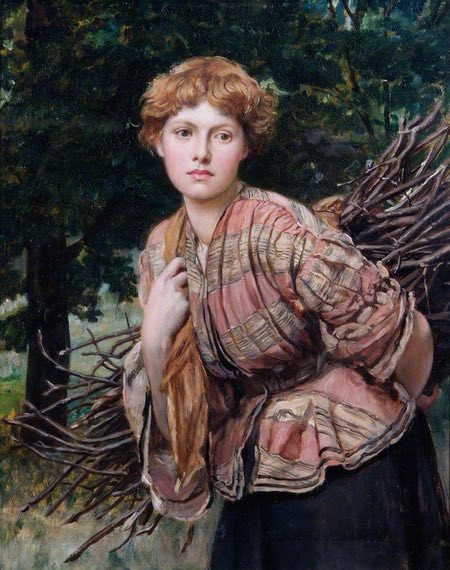 Though not technically a member of the Pre-Raphaelite Brotherhood (which consisted of only seven artists and writers) Valentine Cameron Prinsep was certainly within the inner levels of their circle.

He was good friends with John Everett Millais and Edward Burne-Jones, worked on a project for the Oxford Union with Dante Gabriel Rosetti, and studied in the atelier of Charles Gleyre, at a time when James McNeill Whistler and Edward Poynter were students there.

Prinsep studied initially with noted Symbolist pinter George Frederic Watts, who was a friend of his father.

In searching for Prinsep’s work on the internet, I’ve found his work to be a bit uneven — likely reflecting different stages of his career — but when he’s at his best, he’s very good indeed.

The best source I’ve found for images of Prince’s paintings is ArtUK. Unfortunately, though the images in their gallery appear to be linked, clicking does not produce access to a larger image (at least in my browser). However, there are download links under the images, and you can also right-click (or Control-click on Mac) and choose “View Image” top open the larger image in another tab.

There is also a good selection of relatively large images on the Art Renewal Center. I’ve linked to a few other sources below.