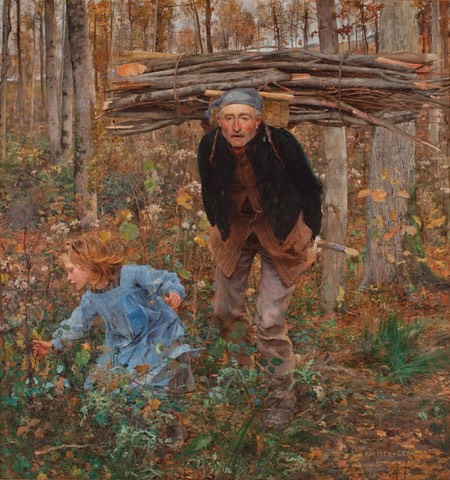 One of the things that has always fascinated me about 19th century French painter Jules Bastien-Lepage is his use of value relationships.

Notice how vibrantly the young girl, and in particular her blue dress, stand out in the original painting, and yet how, in the grayscale version of the image I’ve provided, she almost disappears into the background.

It accentuates the color in a different way than just applying bright colors.

I’ve seen Impressionist paintings in which a similar technique was used — objects made to stand out only with color, their values kept close to that of the background. See my previous post on Values in Monet’s Impression, Sunrise. 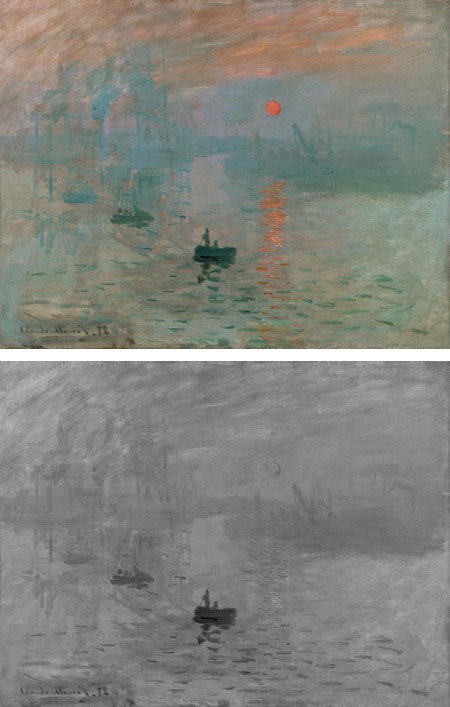 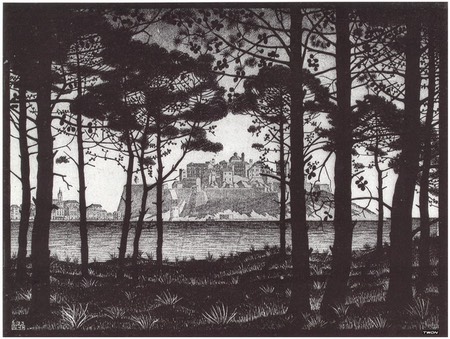 Many people are aware of the graphic work of Dutch printmaker M.C. Escher that bends logic and presents mind-boggling visions of impossible worlds and structures. Fewer have seen many of his earlier works, that are much more straightforward and “possible” (if sometimes fanciful).

Here are a few examples.

For more images and info, see my previous posts on M.C. Escher.

Janet Fish is a contemporary American painter known for her luminous still life paintings, particularly of clear and colored glassware.

For more, see my previous post on Janet Fish. 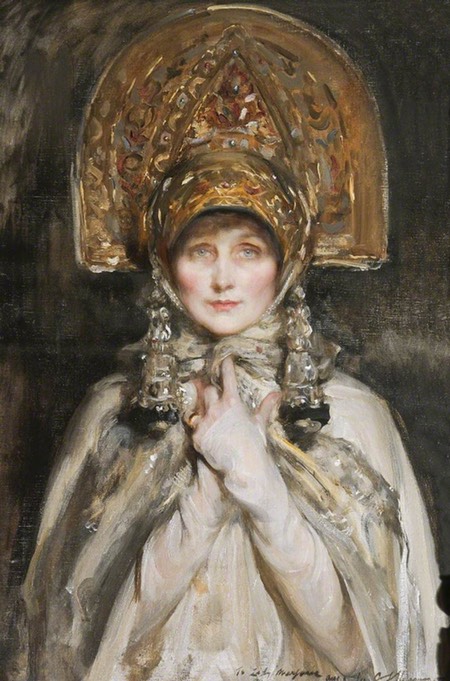 Born in the U.S., James Jebusa Shannon moved to the UK to study when he was 16, and spent most of his life and career there.

Shannon made his mark as a highly successful portrait painter and has been compared to his contemporary, John Singer Sargent. 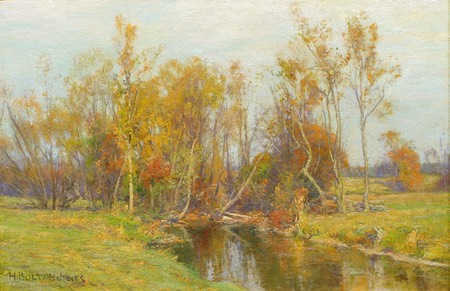 Autumn Trees along a Stream by Hugh Bolton Jones, oi on canvas, 16 x 24 inches (41 x 61 cm). Link is to page on Wikimedia Commons from which you can view a larger image. I don’t know the location of the original, but it was imaged by Vose Galleries, so I assume it’s in a private collection at this point.

American painter Hugh Bolton Jones, though not well known, is one of my favorite landscape painters. I partiularly enjoy his brushy, painterly techniques for representing trees and other foliage.

In this piece, he gives us an unassuming but beautiful scene of a group of young trees around a small stream.