As I described in my post about him from 2008, Benoît Mandelbrot was not an artist, but a mathematician.

His work, however, has enabled others, from dedicated computer artists to dabblers, to create the multitude of stunning images we know as ‘fractals”. In the process, he deepened our understanding of nature and the concept of infinity.

Benoît Mandelbrot died this morning at the age of 86.

There is a bio on Wikipedia, from which the images above were taken. They are part of a set of images in which each is a magnified crop from the last (I’ve skipped some in the sequence above).

For more, see my previous post on Benoit Mandelbrot, in which I give a better overview of Mandelbrot and his contribution, a brief explanation of fractals and links to images and other resources.

Danny van Ryswyk is an artist from the Netherlands.

When I originally wrote this post he was painting high-chroma, detailed still life subjects using the techniques of the Dutch masters, painting on mahogany wood panels.

In an interesting turn of artistic direction, he is now working in monochromatic digital media in the vein of pop surrealism, using 21st century tech to evoke a feeling of 19th century photography.

The pieces on his blog, of which he is offering limited edition giclée prints, are not yet extensive in number but will undoubtedly be added to over time.

(Note: some pieces should be considered NSFW.) 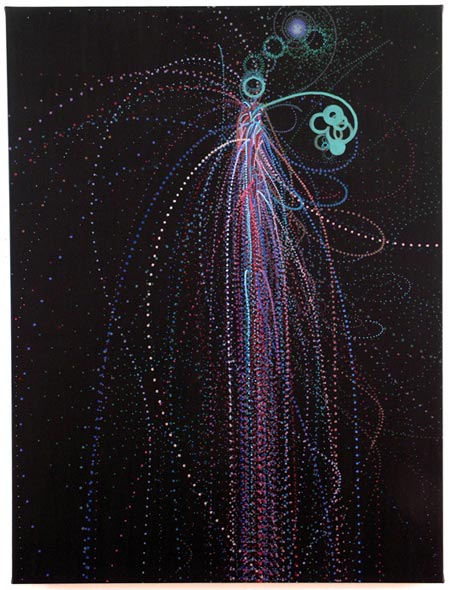 From a comment on my previous post about Fractal Images (thanks, Cedra), I learned of Carter Hodgkin, an artist working on one of those wonderfully fuzzy borders between art and science.

Hodgkin’s paintings, drawings and prints are inspired by the tracings of “exotic” particles, strange bits of matter born in the miniature cataclysms created in the bubble chambers (or “cloud chambers”, I love that phrase) in the heart of the great atom smashers like the Tevatron at Fermilab or the Large Hadron Collider.

These particles, the examination of which is one of the gateways to our understanding of the fundamental nature of space/time, exist for only the briefest blips of time, increments so small they defy understanding.

The tracks that trace their fleeting expression in this world are the paths they take out of the collision, usually in graceful spirals and curves with their own strange beauty (you can see a couple of actual images here and here).

Taking these spirals, curves and lines as a starting point, Hodgkin creates images that are partly digital, then inkjet printed at a fairly large scale and painted into with oil enamel or watercolor.

The resultant images carry some of the mathematical geometry of the original cloud chamber inspiration, imbued with the artist’s range of color and value choices, and are somewhere in between representational and non-representational, as well as in between art an science, and in between nature and imagination.

I just love fractal generated images. These computer based images, crafted out of mathematical formulae, carry with them some of the visual characteristics of both natural forms and of abstract mathematical beauty. At their best, they resonate with a brain-tingling hint of infinity.

Dainis Graveris has collected 60 prime examples, in this case all generated using a freeeware flame fractal program called Apophysis (Windows only, unfortunately), and posted them on the 1stWebdesigner blog. The article is listed as “Part 1”, with the rest presumably to follow soon.

Many of the images are linked to larger versions, frequently on deviantART, that show some of their intricately recursive worlds-within-worlds details (see the detail of the last image, above).

Credits, in this case, are often just screen names. (Images above, Gibson125, babymilk and parablev.)

For more on fractal images, see my previous posts listed below, particularly my article on Benoit Mandelbrot.

Update Part 2 has been posted and is a list of links to 33 Apophysis tutorials. 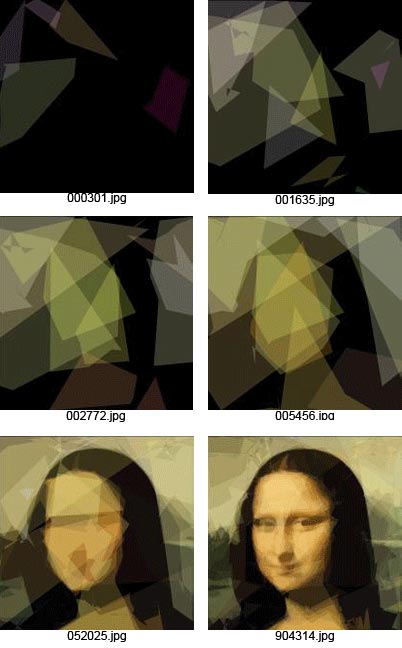 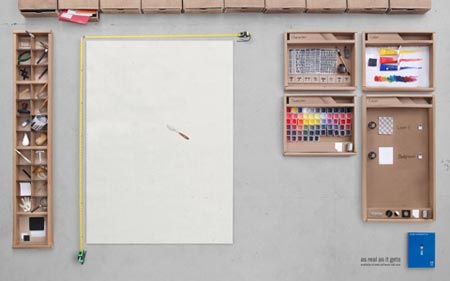 As a long time Photoshop user, I just love this version of the Photoshop interface as represented by real-world objects.

The mock up is actually quite large, as you can see in the accompanying Flickr set that shows how they assembled it. Be sure to view the full size image to get the real effect.

I love the little details like the fact that the grabber hand glove is smudged.

Link: as real as it gets on Flickr
Lines and Colors is a blog about painting, drawing, sketching, illustration, comics, cartoons, webcomics, art history, concept art, gallery art, digital art, artist tools and techniques, motion graphics, animation, sci-fi and fantasy illustration, paleo art, storyboards, matte painting, 3d graphics and anything else I find visually interesting. If it has lines and/or colors, it's fair game.
New posts are announced on: