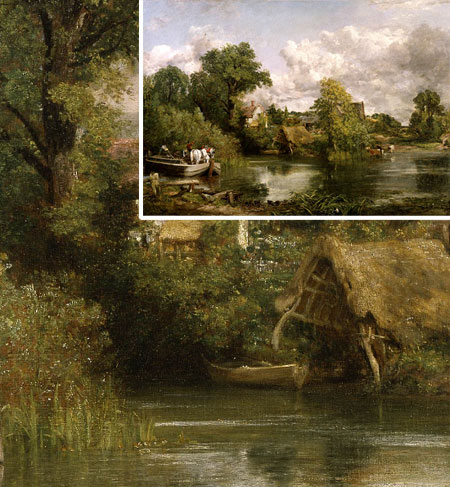 John Constable, who is considered, along with J.W.M. Turner, to be the greatest of English landscape artists, made a decision midway through his career to move his landscape painting to a grand scale and began a series of large canvasses measuring approximately 6ft by 4ft (130cm x 188cm).

The “six-footers”, as they came to be known, are among the most famous landscape paintings in the history of English painting. Depicting the English countryside along the river Stour, these large paintings were not only remarkable for their scale, but also for the full-size preliminary oil sketches Constable did for them.

The sketches were open and painterly, with quick, distinctive brushstrokes that in some ways foreshadowed painting styles that were to follow much later.

From June 1 to August 28 of this year, The Tate Britain brings this series of paintings together for the first time, and also displays them in conjunction with many of his equally large scale preliminary sketches for them.

The image above, The White Horse, is from the Frick Collection in New York. The Frick’s site has a zoomable version of the image.

The full-size oil sketch for this works hangs in the National Gallery of Art in Washington. There are detail images here.

Take a look at the oil sketch, particularly in the details, and see what your “impression” of it is.