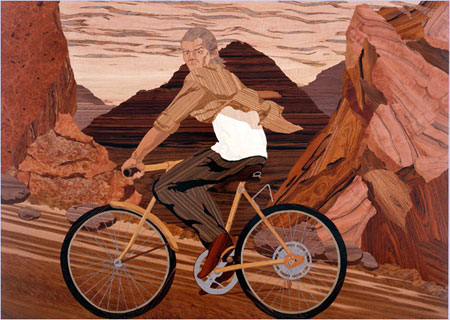 Starting from a sketchbook drawing, which is revised and refined as it is scaled up, sometimes to wall-size, Alison Elizabeth Taylor creates her images (which she calls “paintings”) out of wood veneer.

Using different kinds of wood, sometimes 100 or more varieties in an image, she applies the sections in ways that allow the natural color and grain of the wood to contribute to the image, like a cross between brushstrokes and mosaic tiles.

The process is called wood marquetery, a form of decorative art that was developed to a high degree during the Renaissance, but hasn’t exactly been a household word or staple on art school curriculums since.

Taylor, a graduate of the Art Center College of Design in Pasadena, took her original inspiration from a whim to make a portrait out of cheap wood-grain contact paper.

After moving to New York to go to graduate school at Columbia University, she encountered the Studiolo from the Ducal Palace in Gubbino at the Metropolitan Museum of Art.

Studiolo means room or cabinet, and refers to small rooms that royals would use as studies or sitting rooms, that contain their books, papers and works of art. The piece in the Met is a wood marquetery version of the interior one such room, its faux cabinets and trompe l’oiel books and lutes arranged around the interior of a small room in life-size approximation of the actual room, in what is perhaps one of the earliest examples of virtual reality.

Taylor was immediately struck by the process and inspired to begin working earnestly in real wood, a painstaking process.

Taylor sets her pieces into position in her intricate representational images and holds them there temporarily with a tacky plastic film used in sign making, until they can be glued into place with a press.

For a new installation called “Room” that is her modern take on the Studiolo, the pieces were too large for her own studio and she had to enlist the facilities of a architectural woodworking firm with a commercial veneering press.

Unlike her Renaissance counterparts, but in keeping with her other work, Taylor’s images are not of nobles and their rich belongings, but of the everyday and mundane, even the ugly, but represented with captivating beauty of the grains, colors and textures of wood.

There is an article on the New York Times site, with a slide show of her work. She has a show currently at the James Cohan Gallery in Chelsea until June 21, 2008. 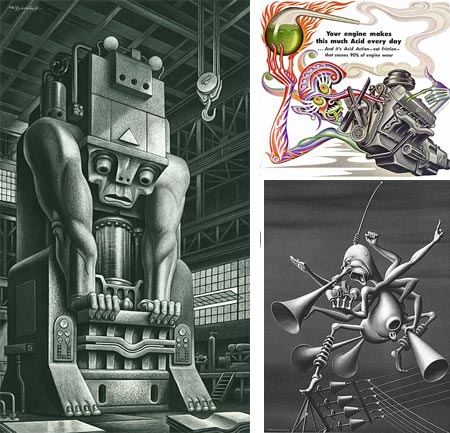 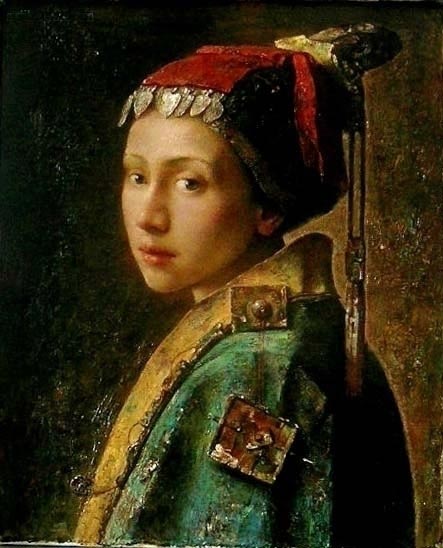 I’ve long been fascinated with the cross-pollination of ideas and styles between the artistic traditions of Asia and Europe. Even though they are technically on the same continent they were effectively separate worlds for much of the time their artistic methods and traditions were developing.

Now, of course, the world is melting together, connected by strands of optic fiber and jet contrails, but the traditions are being maintained in some quarters and mixed in others

Tang Wei Min is an artist from Hunan Province in China who applies the painting styles and techniques of the European masters to subject matter drawn from the traditional costume and ceremonial dress of historic China.

In paintings that carry the feeling of Baroque era European painters, particularly Rembrandt, Tang Wei Min paints rich, incisive portraits of people in decorative robes and head dress (something Rembrandt himself was quite fond of), and at times, gives a nod to his inspirations by mimicing the composition of particular paintings by Rembrandt and others, including the pose from Vermeer’s Girl With a Pearl Earring (above).

I really enjoy his Rembrandtesque chiaroscuro and great chunks of impasto white highlights, combined with the fascinating clothing and intensely portrayed faces of his sitters.

I couldn’t find a dedicated web site for the artist; I came across his work on the Art Renewal Center, and with a little digging found that he is represented by a number of galleries in China and the U.S. 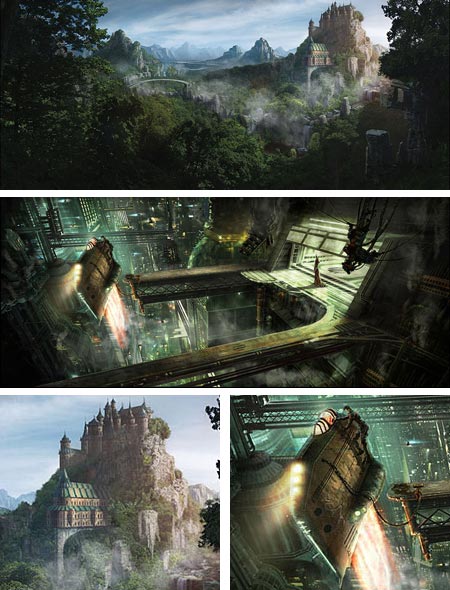 Matte paintings are almost as old as movies themselves, and were originally painted on glass, and positioned in front of, and/or behind the actors (or stop motion creatures), creating the illusion in the camera of a complete scene.

Tim Warnock is both a matte painter and a concept artist, and some time ago retired his paintbrushes in favor of a Wacom stylus.

I wrote a brief post about Tim Warnock back in 2005; since then his online portfolio has been redone and, of course, there is much new work.

Warnock brings a talent for crisp realism, characteristic of matte painting, to his concept art. In both cases he uses sharp value contrasts and carefully controlled color relationships to give his scenes high definition and visual drama.

Here’s a great idea, started as a simple notion by webcomics artist and blogger Dave Valeza, and now snowballed into something of an internet meme.

The suggestion was simple: “challenge: draw yourself as a teen“, supplemented with “if you are still a teen, draw your future post-teen self”.

Word has gotten around, as people have participated and posted the results on their own sites and blogs, and the list on Valeza’s blog is now of over 400 links and growing.

Some of the participants have done “then and now” versions, in which their teenage self is contrasted with their current identity, complete with notations on hairstyle, clothing choice and attendant paraphernalia like sketchbooks, music players and reading matter.

Some of the drawings are more accomplished than others, of course, but many are quite well done; and even the less sophisticated drawings are often enlivened with wry observations and remarkably self-confessional critiques of former (and present) selves.

The list is too long to explore all at once, but it makes a nice diversion to bookmark and revisit occasionally. It would be nice if there were a more formal arrangement with thumbnails and such, but that’s a lot to ask. Valeza has marked off the list at increments of 50, which can help you keep track.

On many of the images, you have to click through several links, and various interfaces (LiveJournal, Flickr, deviantARt, etc.), to get to the full size images.

Some of the drawings are essentially condensed tales of growth, angst and self-awareness, worthy of more filled out short stories. Others are simple drawings of a past self-image, but there is much food for thought here, both in terms of stories and artistically.

Link: Draw yourself as a teen 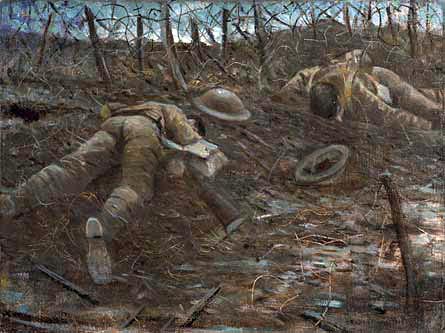