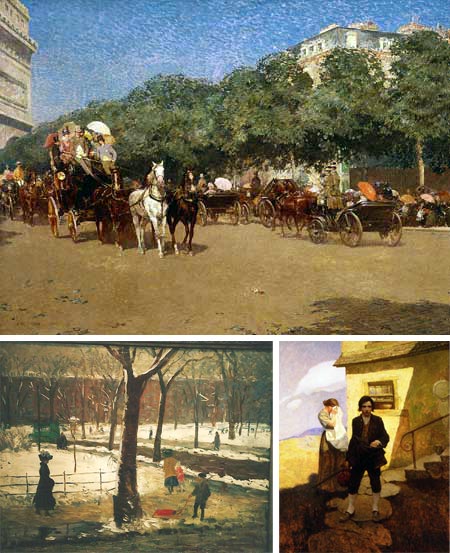 Long time readers of Lines and Colors know that I take great pleasure in many types of visual art, and that I like to blur and cross the lines between genres. In particular, I like to point out the artificiality of the distinction between illustration and “fine art”.

Not that I don’t find it a useful distinction, the intention and approach are often different, but I object to the snobbery often found in “fine art” circles that says that illustration is “not art”. The insistence on this distinction can often be vehement, even to the point of lawsuits to declare a piece of illustration “not art”.

My favorite response to this is a quote from illustrator Brad Holland:

This snobbery is essentially a form of class warfare; illustration is, after all, mass-reproduced art for the masses, and “fine art” is the domain of the wealthy (the ability to buy it not to create it, artists are supposed to live in noble poverty, while collectors, auction houses and speculators make the money).

Those of us who appreciate visual art in its many forms can revel in the “you don’t know what you’re missing” feeling of traversing the line between illustration and “fine art” at will, enjoying the best of what both worlds have to offer.

There is an exhibit currently on view at the Brandywine River Museum, always a bastion of great illustration art, that explores this often strained relationship. Double Lives: American Painters as Illustrators features both illustration by artists known mostly as “fine artists” and gallery paintings by illustrators, as well as paintings and drawings by these artists in their own genres.

For those who are within visiting range, the exhibit is worth it just for a few outstanding pieces that are on loan, including Childe Hassam’s beautiful Jour du Grand Prix (image above, top, zoomable view here), from the New Britain Museum of American Art, which co-organized the exhibit; as well as a striking large piece by Edwin Austin Abbey, and other gems.

There is a catalog accompanying the exhibition, but I didn’t see it while I was at the museum, and I’m not certain if it’s been released yet.