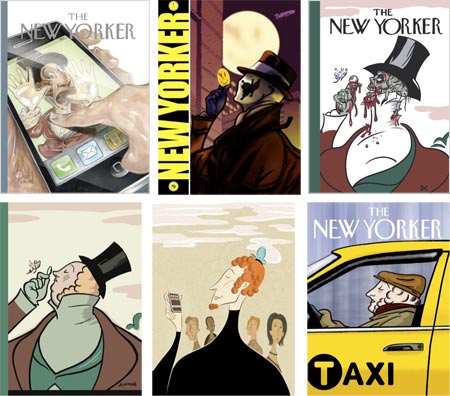 You can view the 12 winners as a slide show, or as thumbnails. You can also view all 2009 entries. You can see the original Eustace from the cover of the first issue of The New Yorker here. 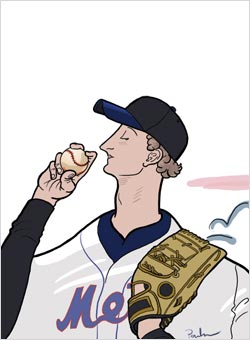 My entry didn’t make the cut, but it was fun to draw; even though, with my usual insane schedule, I was working on it at the last minute (literally — I submitted it one minute before the midnight deadline); and for someone who hardly ever posts my own work on this blog, here I am doing it twice in a row.

It’s fun to look through the whole range of entries, particularly if you saw last years’, and compare some of pop culture influences relevant to the times (lots of iPhones, financial woes and Obama images this year).

See also my post on last year’s contest, The Many Faces of Eustace Tilley.