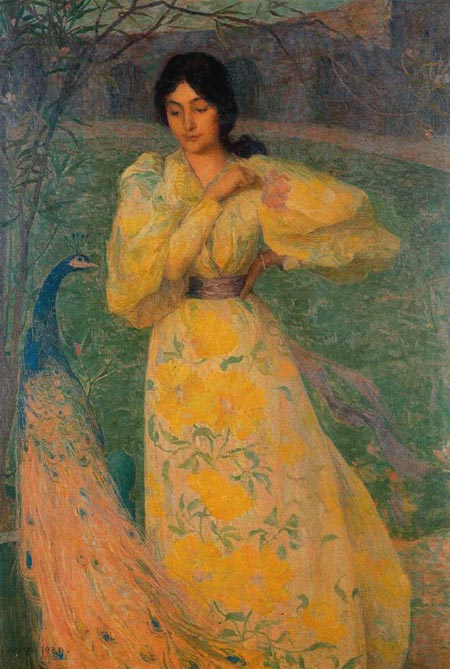 Edmond Aman-Jean was a French Symbolist painter who was friends with Georges Seurat, the famed neo-impressionist (pointillist) painter, and shared a studio with him for a number of years.

Aman-Jean and Seurat both studied at the Ecole des Beaux-Arts in Paris with Henri Lehmann, an academic painter whose traditions they both eventually moved away from.

Though he never followed his friend’s forays into fields of painstakingly dabbed broken color, he did experiment with a bright palette and painterly brush handling. His subject matter, often young women, frequently in profile, arrayed in languid, even melancholy, poses, put him more in line with the Pre-Raphaelite painters than the Impressionists or their followers.

Aman-Jean became friends with prominent Symbolist poets and joined in their somewhat darker version of romanticism.