It may be disconcerting to some, but I actually enjoy the fact that art history, like history in general, is a fluid landscape. New discoveries and the reinterpretation of existing information can make textbooks obsolete overnight and reverse the fortunes of collectors and museums; and can also lead to excitement, disappointment or simply clarification.

A reversal of a reversal has led to excitement, and improved the fortunes of the Metropolitan Museum of Art in New York, as the attribution of Portrait of a Man, a painting in their collection once assigned to Spanish master Diego Rodríguez de Silva y Velázquez, but later downgraded to “workshop of” (meaning painted perhaps under his guidance, but by lesser hands) has recently been reexamined, cleaned, restored and reassigned to the master’s hand.

Velázquez is one of the great masters of Western art, considered the greatest of all painters by some, and the reassignment of the painting to him is a significant event.

This is particularly interesting because the painting, when originally attributed to him, was thought to be a self-portrait, an assessment that just seems “right” to me. I say that not because I’m any kind of expert on Velázquez, but simply because the portrait has that particular look I’ve seen in dozens of self-portraits.

This is partly, I think, due to the staring-directly-at-you face-in-the-mirror pose, but partly due that special look that I think comes from the mental shift into that mode of seeing that accompanies drawing and painting from life. (See my posts on Drawing on the Right Side of the Brain, The Face of Leonardo? and Marie-Denise Villers)

The portrait matches that of the figure of a bystander in Velázquez’s Surrender of Breda (to the far right, image above with detail). That figure also stares directly at us (or the mirror) and has something of that same look to the eyes. This figure too was long thought to be a self portrait while Portrait of a Man was still attributed to Velázquez.

Portrait of a Man is more of a study than a finished work, but the face is pretty well finished. To think that we have the face of the artist staring out at us is a wonderful addition to the treat of knowing we have another Velázquez in the world.

Link: Portrait of a Man at the Met, click for larger image and zoomable image
Met Press Release
Article on CultureGrrl
Post by Luis Colan
Post by Mary Mulvihill
NYT article (requires registration, or try BugMeNot)
Surrender of Breda, Prado, Madrid
Surrender of Breda on WGA, with detail
My posts on Drawing on the Right Side of the Brain, The Face of Leonardo? and Marie-Denise Villers)

Terrible Yellow Eyes is a blog established by illustrator Cory Godbey to express his fascination and admiration for the work of Maurice Sendak, and in particular, his classic Where the Wild Things Are.

The blog is a growing collection of artwork from a variety of artists, each expressing their own admiration for Sendak’s work with homages to the book and its characters.

The list of contributing artists includes some wonderful talents and Godby has curated an exhibition at Gallery Nucleus in Alhambra, CA, also titled Terrible Yellow Eyes, that puts many of these works together in a gallery setting.

The Gallery Nucleus exhibition runs to October 6, 2009. Godby’s blog has some photos from the opening.

Here is the initial post in which Godby explains his inspiration for Terrible Yellow Eyes.

Both Godby’s blog and the Gallery Nucleus page about the exhibition have links to the artist’s sites and blogs, a list that can keep Lines and Colors readers happily clicking deeper for may hours (timesink warning).

[Thanks to Masha Dutoit for the suggestion] 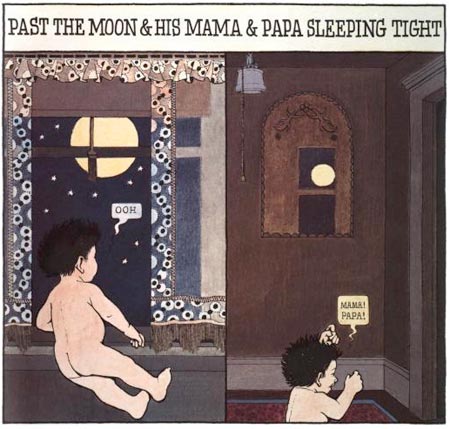 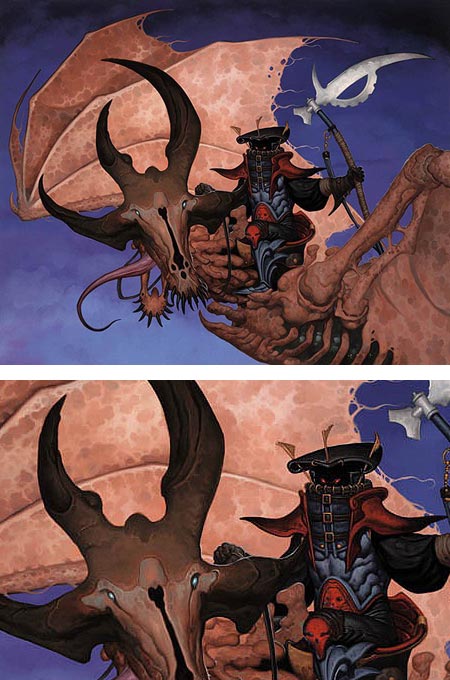 Todd Bonita is a New Hampshire based painter who studied at the Art Institute of Boston, and here in Philadelphia at the Pennsylvania Academy of the Fine Arts.

He has worked as a muralist, designer, sculptor, painter and illustrator, and has over 30 books to his credit.

As an oil painter, Bonita paints a variety of subjects, but focuses in particular on compositions involving small boats in the water. These are often in shallows, adding interesting effects of rocky, sandy or muddy bottom surfaces through layers of translucent water; along with weathered docks, reeds and shorelines arranged against the often colorful and texturally rich boats themselves.

Texture plays such a part in these paintings, in fact, that at first glance, I thought they were thickly layered pastels. Bonita works most often in oil on Masonite, wood panel or canvas; and the paintings featured on his blogs (he maintains two, painting life and Todd Bonita’s Art Blog) and web site vary in size from roughly 24×30″ to 6×8″.

He finds in his subjects wonderful areas filled with colors and textures of ground and water between his boats and their surroundings. Look at those areas as negative shapes to appreciate the strong design aspect of his compositions. 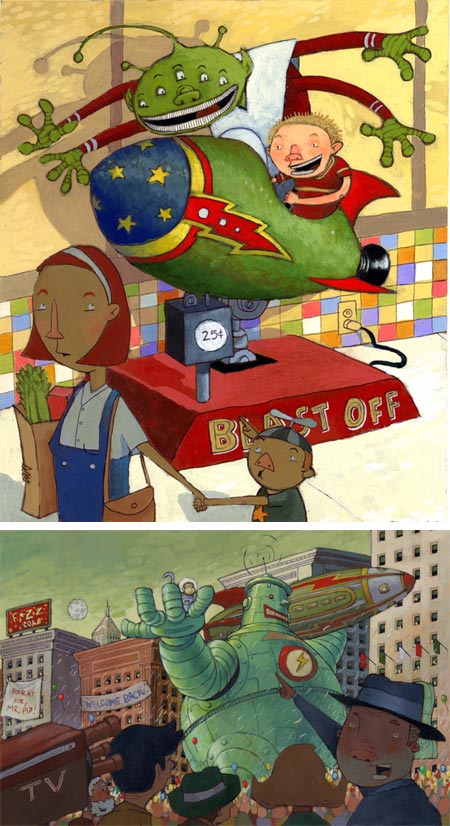 Dan Santat is a California based illustrator and children’s book writer.

His clients include The Wall Street Journal, Esquire, The Village Voice, Harper Collins, Simon and Schuster and many others. Santat is also the creator of the Disney Channel animated series, The Replacements.

Santat’s style ranges from detailed to quite spare, but always seems to have a freshness and snap, in part because of his lively linework, rich colors and loose, painterly textures.

Santat used to paint in acrylics. He moved into a process of starting pieces in acrylic and developing the finish in Photoshop; and now does many of his illustrations directly in Photoshop.

Even when working digitally, Santat says he works from dark to light with opaque strokes of color, analogous to the way he paints in traditional media.

Santat’s site includes a blog, portfolio and a list of books he has authored or contributed to.

There is an interview with him on Diskursdisko.