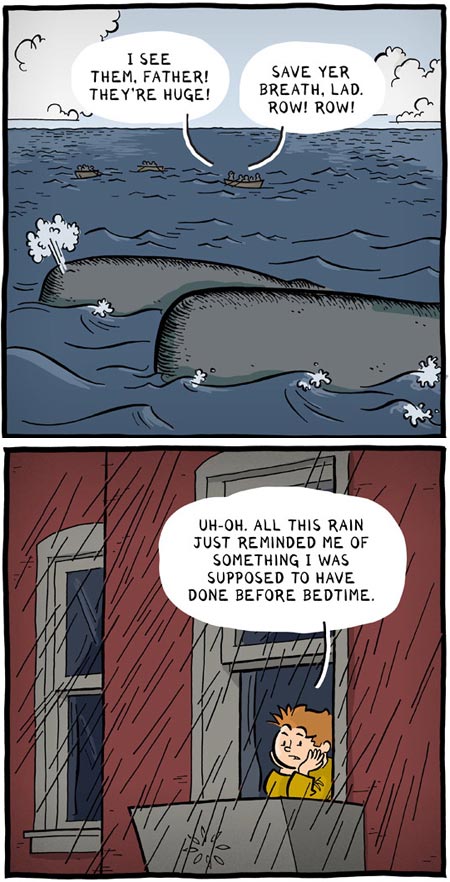 Link: http://zipandbit.com
The Sky Kayak
The Upside-Down Me
My previous posts from 2007 and 2006
Lines and Colors is a blog about painting, drawing, sketching, illustration, comics, cartoons, webcomics, art history, concept art, gallery art, digital art, artist tools and techniques, motion graphics, animation, sci-fi and fantasy illustration, paleo art, storyboards, matte painting, 3d graphics and anything else I find visually interesting. If it has lines and/or colors, it's fair game.
New posts are announced on: