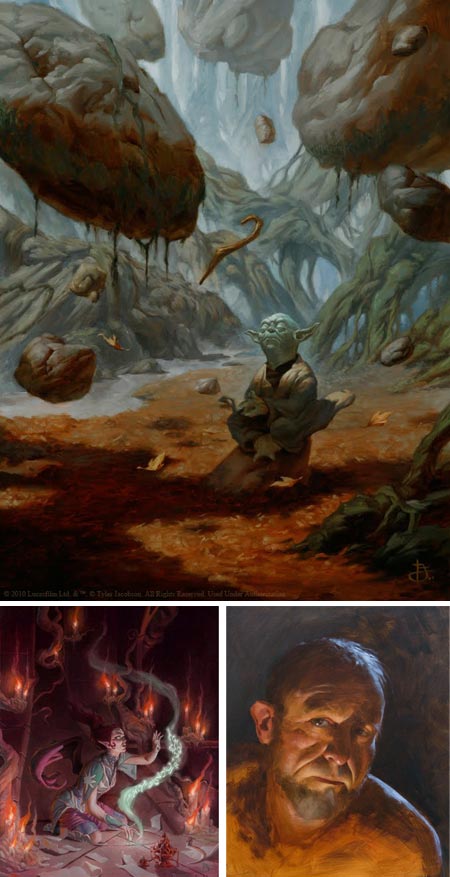 California illustrator Tyler Jacobson recently graduated from Academy of Art University in San Francisco, and has embarked on a career as an illustrator, with an eye to working as a concept artist for the film and gaming industries.

His clients include Wizards of the Coast, Dungeons and Dragons, NBC, Texas Monthly and Simon and Schuster.

Jacobson works in both traditional and digital media, sometimes mixing the two where appropriate for the desired result. There is a brief description of his process, featuring a step-through of the image above, top, on the Richard Solomon site.

He recently was awarded the Jack Gaughan Award for Best Emerging Artist, and some of his work has been selected for the upcoming Spectrum 17.

His website portfolio is divided into three sections for illustration, sketches and fine art. Both illustration and sketches feature work from a Moby Dick project, though I don’t know if it’s commissioned or personal, and the fine art section includes both portraits (above, lower right) and figurative work.

Both his illustrations and gallery paintings show his attention to value and chiaroscuro in creating drama, along with the use of carefully controlled color ranges punctuated with more intense areas of high chroma color.

On Jacobson’s blog you will often find many of the images in his portfolios, but often reproduced a bit larger and with commentary about their creation.