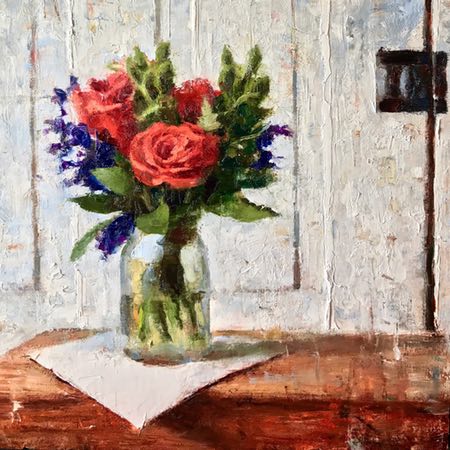 Randall Graham is a painter based in southeastern Pennsylvania who isn’t reluctant to experiment with variations in style. His approach ranges from straightforward realism to highly textural surfaces to the semi-abstraction of a series that he calls “en rain air”, plein air paintings done in the rain through the blur of raindrops on the window of his van.

He has been experimenting lately with the highly textural approach made possible by combining oil paint with cold wax medium. There is an article on Artists on Art and a short video on YouTube that go into his process.

Graham leads workshops and classes, both in his studio in West Chester, PA, and on location in plein air.

Randall Graham’s work will be on display in a show that begins tonight, October 25, 2018 and runs to November 17th, at Gallery 222 in Malvern, PA. 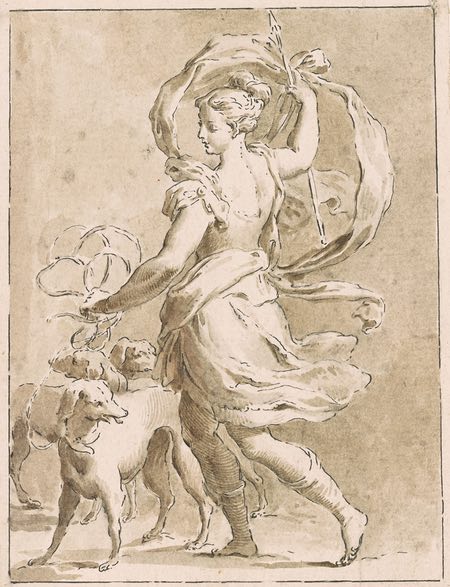 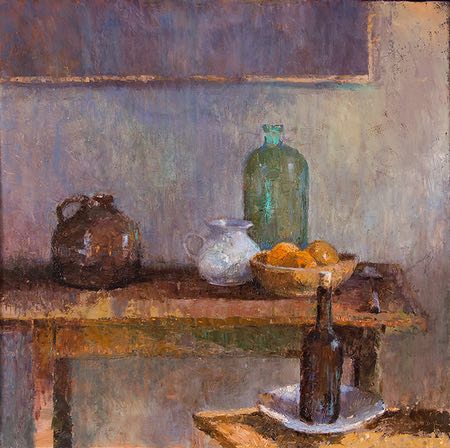 Doyle frequently employs backgrounds that are textural combinations of multiple muted colors, giving them energy and a feeling of changing light.

Michael Doyle’s work will be on display in a show at the Somerville Manning Gallery in Wilmington Delaware, beginning tonight, October 19 and running to November 10, 2018. 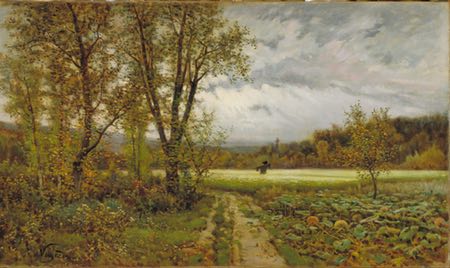 Link is to zoomable version on Google Art Project; downloadable file on Wikimedia Commons, original is in the Museu Nacional D-Art de Catalunya. 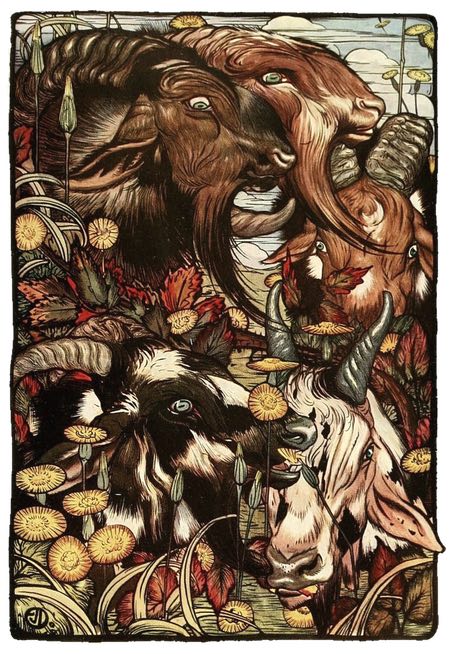 Edward Julius Detmold and his twin brother Charles Maurice Detmold were book illustrators active in the “Golden Age” of illustration in the late 19th and early 20th centuries.

Both were interested in natural history and animals, and even in their illustrations for books like Kipling’s The Jungle Book and The Fables of Aesop, their images were more likely to feature animals than people.

Both worked in watercolor and ink and were influenced by Japanese Prints, Art Nouveau and the Pre-Raphaelite painters as well as their contemporary illustrators.

I can’t find as much information about Charles, so I’ve focused here on Edward Detmold, and the images shown are (as far as I can determine) by Edward. 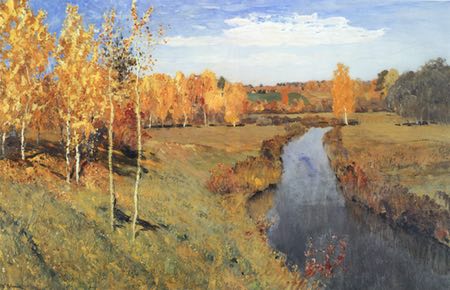 Link is to page with access to high-resolution image file on Wikimedia Commons. Original is in the Tretyakov Gallery, Moscow. I’ve never had the pleasure of seeing the original, but the Tretyakov image seems a little over exposed to me, so I’m going with the Wikimedia version.

A justifiably famous painting by the 19th century Russian landscape master. Brilliant use of complementary blues and oranges. The greens are more subdued than they may appear at first glance — even when set against strategically placed spots of complementary red — allowing the yellow-oranges to dominate.

I love the variety of color and texture in the grasses.