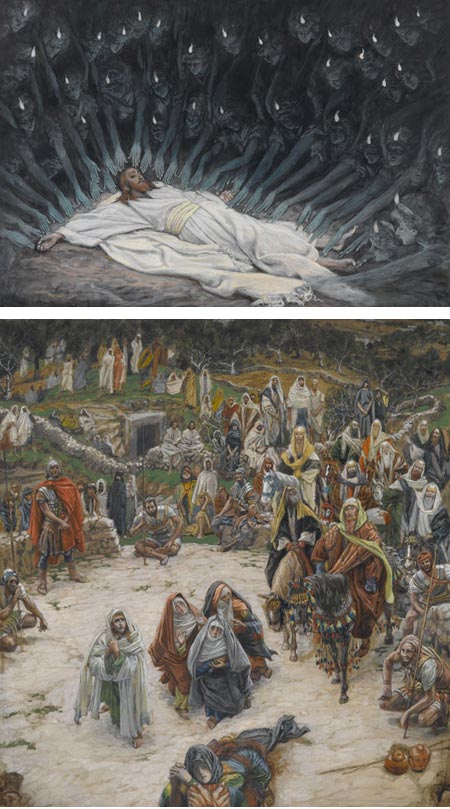 As I mentioned in an earlier post, French painter James Tissot, known for his radiant images of turn of the century high society in Paris and London, devoted much of his later work to religious themes.

He created an ambitious series of 350 gouache and watercolor paintings depicting the life of Christ, for which he prepared by traveling to the Middle East to study the architecture, landscape, costume, customs and history of the region. Where most artists of his time would take great liberties in their interpretation of the settings for Biblical events, Tissot endeavored to find and portray the era with as much historical accuracy as he could bring to bear.

At the urging of John Singer Sargent, the series was acquired by the Brooklyn Museum in 1900. The museum (which is a terrific and underrated museum, whose star is unfairly eclipsed by more famous museums in nearby Manhattan) has mounted an exhibit of 124 watercolors selected from the set. Entitled James Tissot: “The Life of Christ”, the exhibit runs through January 17, 2010.

There are a few exhibition highlights on the site, as well as a multimedia sketchbook (which is unfortunately hampered by one of those cutesie-clever page-flip widgets). A catalog from the exhibition is available.

Link: James Tissot: "The Life of Christ", at the Brooklyn Museum (to 1/17/10)
My previous post on James Jacques Joseph Tissot

4 Replies to “James Tissot: “The Life of Christ””