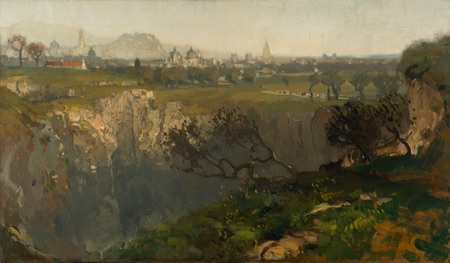 Scottish artist James Patterson, who was active in the late 19th and early 20th centuries, was known for his atmospheric landscapes, concise insightful portraits and tactile still life subjects.

Patterson studied at the Glasgow School of Art and also in Paris. He was adept at painting with both watercolor and oil.

The best online representation of his work is to be found on the website of the National Galleries of Scotland. There, in addition to paintings, you will find many portrait studies in black and red chalk. 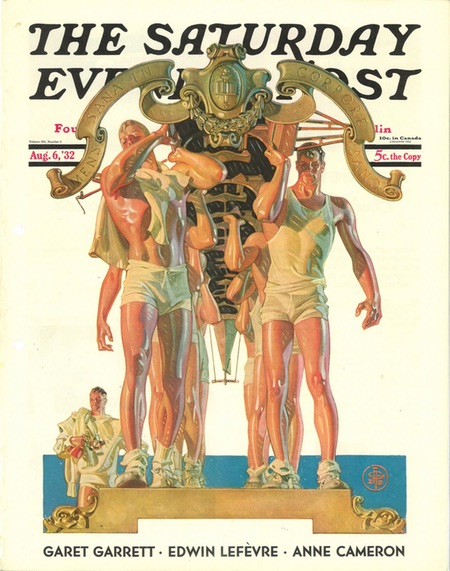 As usual, Leyendecker is walking a line between naturalistic representation of anatomy, cloth and other objects, and stylistic touches.

In this image, I note the small streaks of light across areas of the arms legs and clothing of the figures, as well as on parts of the shell. These don’t actually make sense in terms of light being filtered by something above the figures, they’re just a stylistic invention that Leyendecker employs across many of his paintings, a little bit of extra visual appeal.

Image via A Little Bit of J.C. Leyendecker Greatness (see my post here). 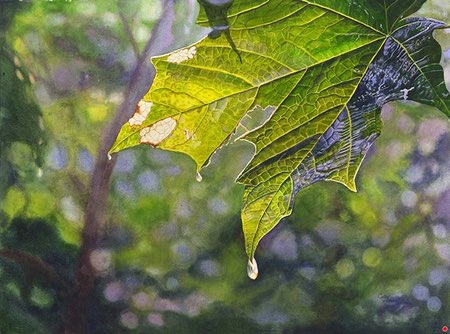 Cathy Hillegas is a painter in watercolor based in Indiana, who combines vibrant color with a tactile sense of texture in her paintings of flowers, trees, woods and fields.

Particularly appealing to me are her paintings of small natural elements, leaves, branches, the heads of ferns and other aspects of nature, seen up close.

In addition to the works on her website, you can find prints available in her Etsy store. 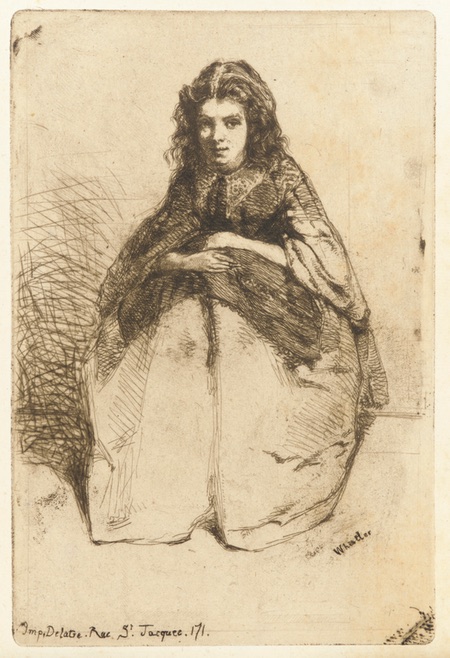 Link is to zoomable version on Google Art Project, original of this version of the print is in the Smithsonian’s Freer Gallery.

You can see other versions of the print in the Metropolitan Museum of Art and the Art Institute of Chicago.

In this portrayal of his mistress Heloise — who was known as “Fumette” because of her temper — Whistler has brought his considerable etching skills to a study of value contrasts, darks against lights and lights against darks in her clothing and in the framing of her face by her dark hair.

I particularly love how loose and casual his hatching appears in the lower areas of the skirt.

Whistler created a number of etchings of Fumette, some of which you can also see on the site of the Freer Gallery. 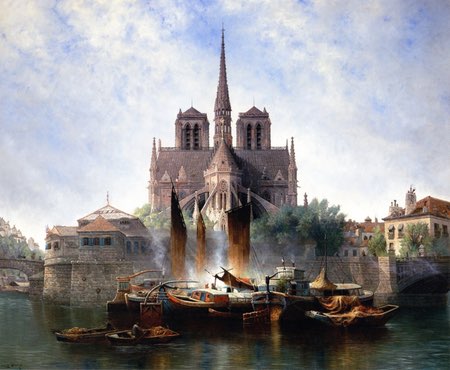 At the age of 18, when his family emigrated from England to the United States, Edwin Deakin was already established as a landscape painter. 17 years later, in 1873, he left his adopted home in San Francisco and traveled back across the Atlantic, painting in England, France and Switzerland and exhibiting in the prestigious Paris Salon.

He returned to the U.S to acclaim and attention for both his landscapes and his still life paintings — particularly those of grapes, which have a remarkable sensation of atmosphere for a seemingly simple still life subject.

His landscape and cityscape paintings have a wonderfully tactile sensation of the textures of wood, stone and concrete. 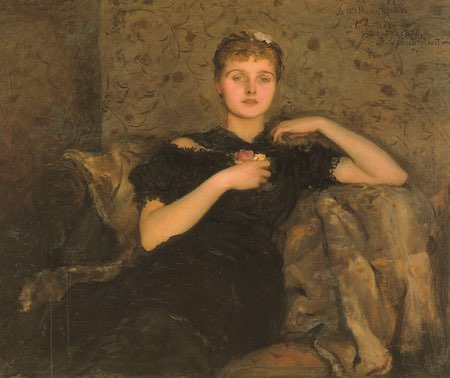 I have not seen the original of this painting, but my experience with comparing art images on the web with their originals — in the case of paintings I have seen in person — gives me the impression that some well-intentioned but misguided individual along the way has increased the saturation of the color, likely thinking this would make the image more appealing. I’ve taken the liberty of color correcting the image back to what I feel would have been the more naturalistic intention of the artist.

This portrait by the late 19th century Bavarian/British painter Hubert von Herkomer seems to me like a pull-out-the-stops example of directing the eye to a single area in a painting.

The darker values at the edges of the painting produce the effect of a vignette; within which the high-chroma/high-value forms of her face, arms and hands stand out from the low-chroma/low value areas of the wall behind her to striking effect. This is accentuated by the dark shape her gown, which is almost zero chroma and zero value.

The woman’s face is close to the horizontal center of the composition; the rest of her figure is not. She looks directly at the viewer with gaze that could be seen as either engaging or confrontational, perhaps both. Her arms point inward in the direction of her neck and face, as do the arm of the chair and the large fold in the cover.

The dark of her dress and the dark of her hair, accented by an extra darkened passage on the wall just behind her, form a kind of dark halo around her face. The flowers above her right hand are echoed by smaller counterparts in her hair, further reinforcing the effect of framing.

The patterns of the wallpaper and the folds of the cover swirl around her, as if caught in a gravitational field.

Amidst it all, the dotted highlights in her pupils shine out like distant beacons. The color of her eyes appears greenish, an intensifying compliment to the ruddy cast of her skin.

How could a viewer standing in front of this painting not be drawn immediately and irresistibly to the woman’s face, and more specifically, to her eyes?