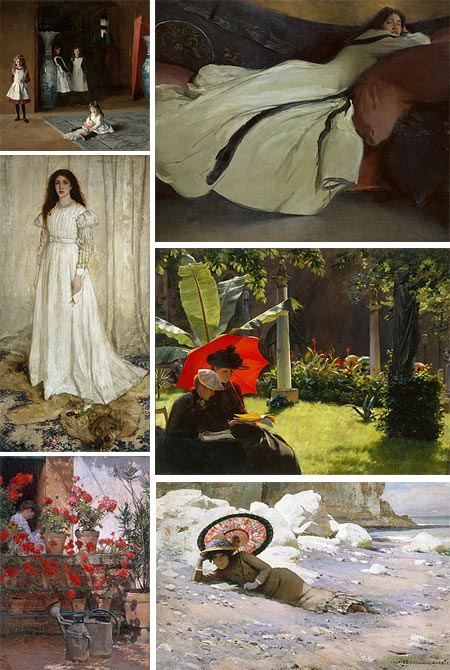 Say what you will, but as far as I’m concerned, Paris is the capital of the world.

Well, if we have any pride in ourselves as human beings, it should be. There may be other cities that could lay claim to that title on the basis of commerce, power, wealth or sheer size, but Paris, if aliens were to come down and ask, represents what a beautiful, entrancing, inspirational, livable, colorful and spectacularly glorious city we humans can make if we set our minds to it and back it up with our finest craftsmen, architects, designers and artists.

Little wonder it has been attracting the attention of artists for generations, particularly American artists in the latter half of the 19th Century, who flocked there for inspiration, instruction and to connect with the planet’s glowing center of art and culture.

The Metropolitan Museum of Art in New York (a city that is no slouch when it comes to culture but, sorry, isn’t in the same league with Paris), is hosting an absolutely wonderful exhibit of some of the American painters who went to Paris at that time to study and exhibit, in other words, some of the best American painters ever. This list includes many of the painters I particularly admire because they fit into the area of “realism under the influence of Impressionism” that I really enjoy.

The exhibit not only features these great artists, but many are represented by some of their best works, including several paintings that I have wanted to see in person for years, like Sargent’s stunning group portrait of The Daughters of Edward Darley Boit and Fishing for Oysters at Cancale (the small version), Alexander’s Isabella and the Pot of Basil (that I show here), Hassam’s Grand Prix Day and unexpected delights like Charles Curran’s Afternoon in the Cluny Garden, Paris, Harry van der Weyden’s Morning Labor on the Seine and several amazing little paintings by Charles Sprague Pearce.

[Addendum, 2012: Americans in Paris archive at the Met is now here.]

Link: Americans in Paris at the Met
Onine feature with images of all the paintings and zoom and scroll feature

6 Replies to “Americans in Paris”