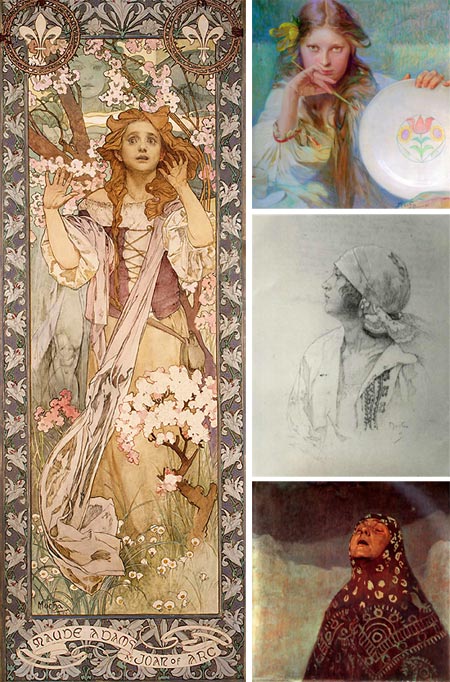 In my previous post about Czech artist Alphonse Mucha (Alfons Mucha), I pointed out that I think his place in art history has been drastically undervalued.

Partly because we think of his work, and the Art Noveau movement with which he was inextricably linked, as “decorative”, “pretty” and basically lightweight, his influence and achievements, and the range of his work, go largely ignored.

Though his elegantly beautiful posters, perhaps the finest blending of artwork and graphic design ever achieved, are tremendously popular; his other work, notably the 20 dramatic and large scale paintings of The Slav Epic, which Mucha considered his greatest artistic achievement, are not widely known.

A new large scale European exhibition of Mucha’s work, from all phases of his artistic career, promises to correct that and bring more of his range and stature as an artist into light. There is a detailed description of the exhibition on Art Knowledge News.

The exhibition is currently at the Belvedere in Vienna, Austria until June 1, 2009. From there a slightly modified version travels to the Musée Fabre in Montpellier, France, where it will be on display from June to September 2009, and then will be on view in Munich from September 2009 to January 2010.

For more see my previous post on Alphonse Mucha. I didn’t include many resources in that post, so I’ve listed some here.