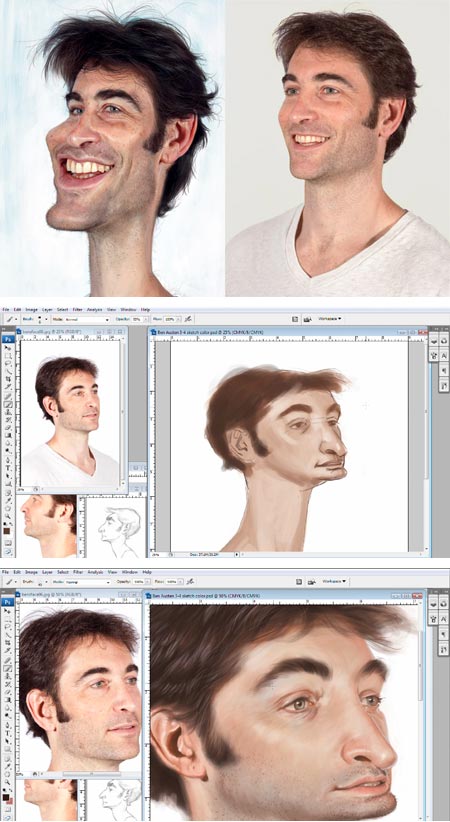 I’ve long held that the most challenging subject for representational drawing and painting is the human figure, and in particular, the face. This is because we recognize, and can detect small inaccuracies in faces and the human form more easily than in any other part of the natural world.

If you draw a tree, and keep to a general approximation of that tree’s shape, smaller branches extending from larger, ect., few individuals who are not trained botanists would call you on minor inaccuracies relative to that species or the depiction of that individual tree. Draw an arm, hand, leg, or in particular a face incorrectly, and almost anyone will immediately recognize it as wrong.

Humans are hard wired for recognizing other humans, especially faces. We can look at photographs of a person as a child, adolescent and adult, stages in which major features like the relative size of the eyes and face to the size of the head can change dramatically, and still recognize it as the same person. Likewise, we can easily identify family resemblances among different individuals. Our ability to discriminate minute differences in facial features is remarkable.

Computer algorithms are getting better at it, as in the face recognition features in photo management software, but are still lacking.

Writer Ben Austen has a article in the August Wired magazine, What Caricatures Can Teach Us About Facial Recognition in which he explores these ideas. He also describes a project at MIT analyzing hundreds of caricatures from dozens of caricature artists in an attempt to codify how they see facial differences into machine algorithms. It’s called the “Hirschfeld Project”, after noted caricaturist Al Hirschfeld.

For those interested in the process, and in digital painting technique, one of the most interesting features is a video at the end of the article showing Court Jones working through several preliminary sketches and a finished digital painting of his caricature of Austen in Photoshop, while discussing his process (images above, middle and bottom).

4 Replies to “Caricatures and facial recognition on Wired”