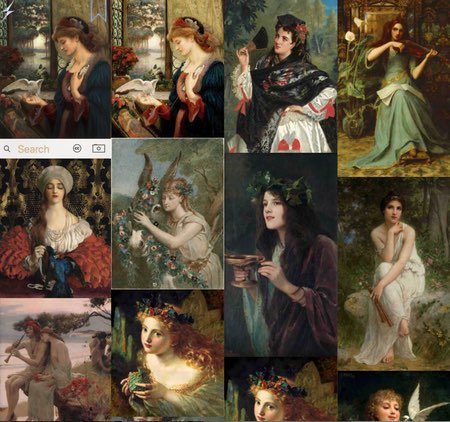 In my previous post on Bing image search vs. Google, Yahoo & Tin Eye, I mentioned the “visual search” or “search by image” features of the major search engines, in which a reference image is the basis of the search rather than text.

Bing and Google will search first for additional copies of the same image, and when past those, will show “similar images” or “related images”. This can be an interesting way to discover new art and artists.

In comments on that post, a reader was kind enough to inform me of a new and fascinating entry into the field of image based search: Same Energy.

Same Energy is based on deep learning, a subset of machine learning, which is a form of computer process that is sometimes over generously called “artificial intelligence” or “AI”.

Although I’m sure Microsoft and Google are incorporating elements of machine learning into their image search algorithms, I believe they still rely heavily on associated text, tags and meta information. Same Energy appears to rely entirely on deep learning. 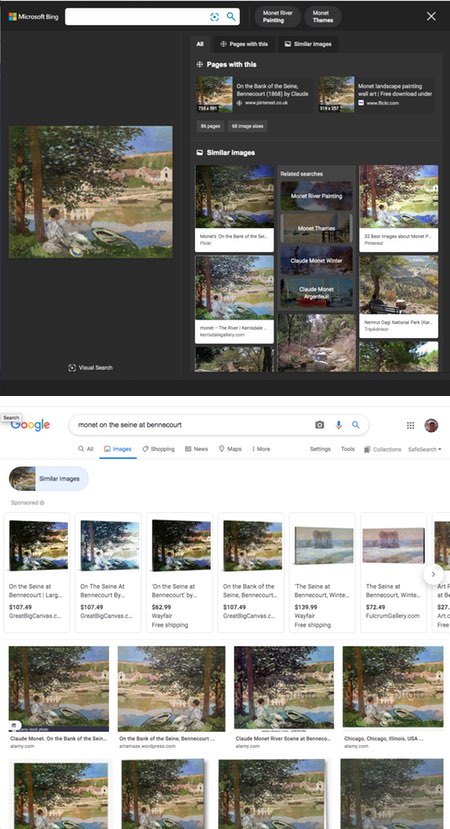 I fed a source image of Monet’s On the Seine at Bennecourt to Bing, Google and Same Energy. The regular search engines returned many sources of copies of the same image, and then started to suggest “similar” images (images above). 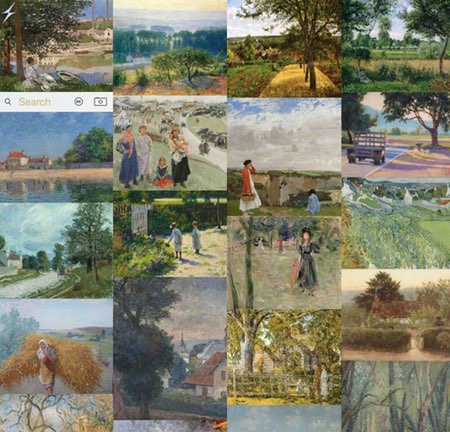 Same Energy, while often finding a few copies of the same image, would much more readily start showing a range of similar images, often with more varied results than the big two (image above). I found its results were pretty good in terms of similarity, but often ranged wider and led to interesting discoveries.

When you upload an image (most easily by dragging one from your desktop, there is no provision for entering a URL for an image on the web), Same Energy immediately displays a tight grid, arranged mosaic style, of numerous images (you can modify the grid under “Settings”). The image being referred to is displayed at the upper left.

Clicking on one of the similar images places that image in the upper left, and shifts the response and field of images to similarity to that image. It also allows you to click on that new reference image and see more detail, including a link to the page from which the image was sourced (images above). 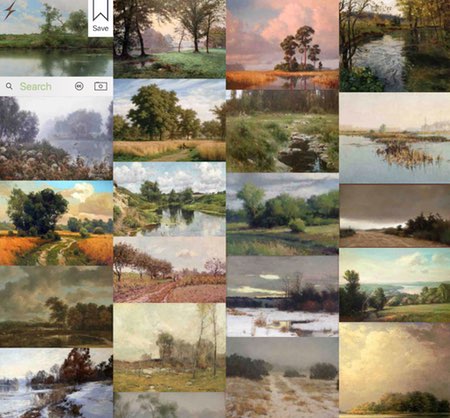 While Same Energy seemed to have a broader interpretation of “similar” than the major search engines, it was quite good at recognizing the nature of the image and the quality of the art. I deliberately tried to get it to mistake very realistic paintings for photographs, but it almost never did. It also did not readily mix in amateurish low quality paintings with high quality work by more accomplished painters. Both of these can be unfortunate tendencies in the big search engines’ image similarity searches.

The combination of the quick, densely displayed returns and the level of quality makes searching for similar images more engaging with Same Energy than with Bing or Google. I found myself fascinated, dragging images of widely varied styles into the interface, and often tracking down images that came up that were new to me, and bookmarking often. If you sign up for an account, the option is offered to save images and create Collections.

Searching for images with nudity, as in figure drawing models, returns blurred images. You must click through on an image and check your acceptance to see images that contain nudity, or have been tagged NSFW, etc. Be aware that the results (many sourced from Reddit) are then pretty much unfiltered. 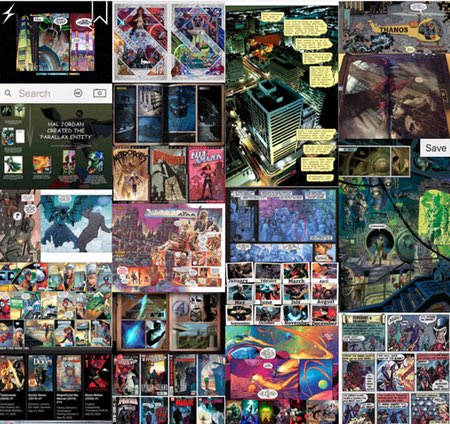 I tried uploading an image from my own webcomic, Argon Zark!, and I found the returns actually gave me some insight into how others (or at least a deep learning algorithm) might perceive my style (image above).

You can also enter text searches, but I found this feature weak at this point in the system’s development. I tried the names of several artists, and many weren’t recognized as viable search terms. There is no provision yet for setting image size, or other refinements that might possibly be added in the future. Also, I noticed the same images coming up fairly often in my searches for a given genre, for instance landscape painting.

Same Energy is young, still in Beta, and likely has a much smaller database of indexed material at this point than the big players, who have been at it for years and with significantly greater resources.

Jacob Jackson, the developer, indicates that Same Energy is an ongoing project and will continue to be refined and improved, even while its reach increases.

I, for one, will be stopping back frequently to indulge. 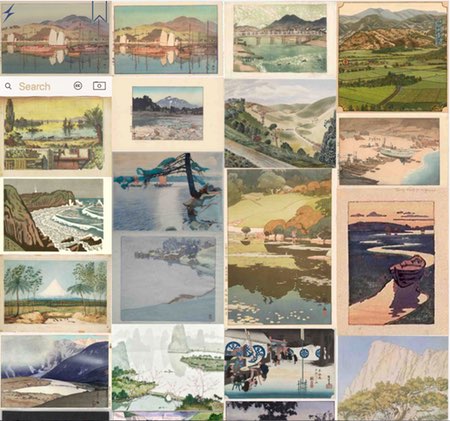 The upshot is, if you’re looking for alternate sizes or additional information on a given image, use Bing or Google. If you are more interested in exploring, discovering and just having fun searching through art images (or any kind of images), give Same Energy a try.