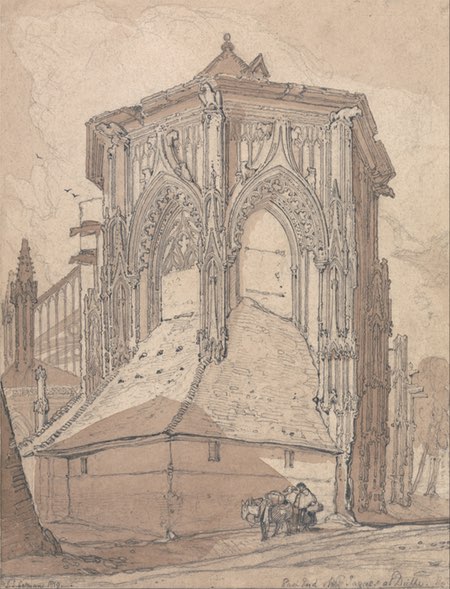 English painter, printmaker and illustrator John Sell Cotman, who was active in the late 18th and early 19th centuries, was prolific and left a trove of drawings in addition to his paintings and graphics. Here, he confidently delineates the intricately decorative structure of a large Renaissance church with graphite, augmented with subtle washes.

The drawing exhibits both the substantial accuracy of a careful architectural drawing, and the liveliness of a more casual sketch.

In part, this is likely due to the loosely free rendering of the roof of the lower structure, but I think it’s also due to an approach I have also noticed in the wonderful architectural drawings of Canaletto.

In both cases, lines that over their course are ruler straight, are along the way wavering and often lightly broken. It’s a wonderful technique.