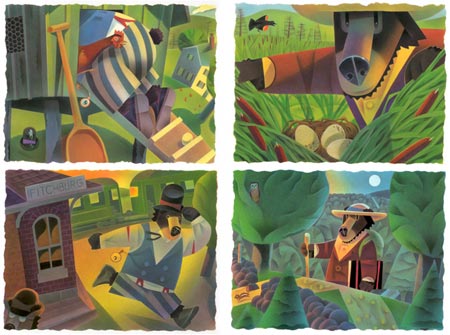 Within the hyper-kenitic, urgently frantic and tightly wound mechanism of modern culture, a culture that that does its best to devalue anything that is not shiny, new, expensive and fast, it’s easy to overlook or forget the quiet power of one of America’s great writer/philsophers, Henry David Thoreau.

Thoreau’s essay on Civil Disobedience, and his paean to a life of simplicity and contemplation (and devaluation of consumerism) in Walden, along with his long time anti-slavery and anti-war stance, advocacy of tax protest, philosophy about working for things other than financial gain, fondness for vegetarianism, hiking and canoeing, support of native Americans, writings that presage modern concerns for the ecosystem, and early support of Darwin’s theory of evolution, made him a darling of the counter-culture in the 1960’s, and an anathema of the the hard line neo-conservative right, whose influence has devalued his place in the curriculums of contemporary American grade schools. (His importance and influence may be better known to schoolchildren in Europe than here in the U.S.)

Freelance illustrator D.B. Johnson, who has done illustrations, comics, and editorial cartoons for numerous publications, has obviously not forgotten or overlooked the insights Thoreau passed on to us.

A few years ago, Johnson wrote and illustrated a children’s book called Henry Hikes to Fitchburg (online preview), in which a bear named Henry walks to Fitchburg, encountering rich life experiences along the way, in contrast to his well-dressed friend, who elects to spend his time working for train fare in order reach the same destination rapidly and in style.

The result is a wonderfully subtle introduction to Thoueau’s contemplative and healthy antidote to our speed-obsessed, consumerism-mad culture.

In the same way that Henry’s walk is enriched by his contact with nature, our travels with Henry and his friend, and the a gentle introduction to Thoreau’s philosophy, are enriched with Johnson’s illustrations, which are simply extraordinary.

His marvelous textures, subtle but lively colors and wonderful characters draw on the traditions of classic as well as modern children’s book illustration, and present them as seen through Cubist spectacles.

Johnson’s remarkable compositions seem to have an invisible lattice of angular shapes beneath them, the forms of which are revealed at the edges and intersections of objects and areas of color. The result is a feeling of coherence, within which are arrayed a wealth of visual elements. These never fight one another, always seeming to put themselves in service of the focus of the overall composition.

Buildings, fences, trees and roads sit at odd angles in defiance of gravity and perspective, yet it all seems so comfortable and natural you’re never distracted by it; and if, like Thoreau, you slow down and contemplate, you’ll be rewarded with visual richness in areas of the images that take on a life of their own and speak voulmes.

Henry Hikes to Fitchburg was a critical and popular success; and Johnson followed up with similarly themed books, Henry Builds a Cabin, Henry Climbs a Mountain and now, Henry Works, in which the stories, if anything, become richer and more subtle and the art more dazzling.

In Henry Climbs a Mountain (preview here), Henry is put in jail for not paying taxes in objection to supporting a state that advocates slavery (as the real Henry was). Henry the man wrote of venturing into his own mind as if on a journey; Henry the bear, in Johnson’s tale, escapes into his own drawings on the cell wall, in a manner reminiscent of one of my favorite children’s books, Crockett Johnson’s wonderful Harold and the Purple Crayon.

In sharp contrast to the “you must buy this book to see it” attitude of most publishers and retailers on the web, D.B. Johnson has posted online previews of his books on his web site (click into the individual titles and look for the “read online” link).

There are also tantalizing hints of galleries of Johnson’s other illustration work and comics, but they are unfortunately not filled out yet. There are limited edition prints available.

In the About the Artist section, there is an interview with the artist and a nice step by step breakdown of how he creates the illustrations for the Henry books. This is particularly fascinating in that he works in a painstaking process with airbrush and friskets that is planned around the colors used in the four-color printing process, and the order in which they are applied, yellow, cyan, magenta and black (Maxfield Parrish planned his colors around the same concern). Johnson then goes in with colored pencils adding details and texture.

My only reservation about the presentation of the art on his site is that, though the images are of adequate size, none of them are reproduced large enough to get a real flavor of the work in its printed form. Do yourself a favor the next time you’re at the bookstore, and stop by the children’s section and pick up a copy of one of his books long enough to look at the illustrations.

You may find yourself walking out of the store, a copy of the book under your arm (along with a copy of Thoreau’s Walden, if you don’t have one), with a smile on your face, and perhaps, keeping pace to a different drummer.