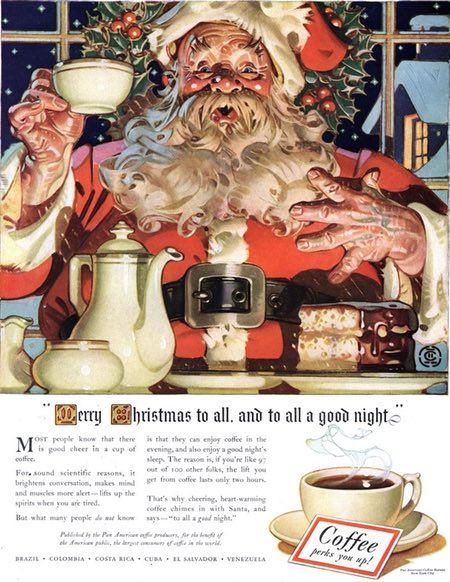 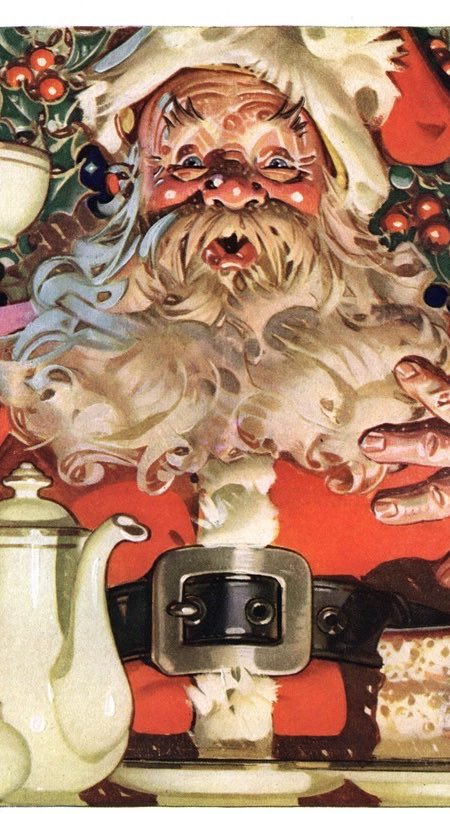 Well, here’s something I didn’t know: coffee perks you up! — at least, according to this ad from the December 16, 1940 issue of Life magazine, delightfully illustrated by J. C. Leyendecker.

Apparently, Santa is WIDE AWAKE in this ad from the Pan American coffee producers. This is an advertisement for coffee in general, rather than a specific brand, back when they apparently had to convince Americans to drink coffee!

According to the text: “For sound scientific reasons, it brightens conversation, makes mind and muscles more alert — lifts up the spirits when you’re tired.”

And Santa, let me tell you — after sipping this remarkable beverage — is READY for something!

I have long suggested that, in building on the contributions of Thomas Nast and Reginald Birch, the brilliant American illustrator J. C. Leyendecker is the artist who contributed most to the characterization of Santa Claus as we recognize him, and provided the basis for later contributions by Norman Rockwell, Haddon Sundblom, N. C. Wyeth and others.

This copy of the image is sourced from the Vintascope blog, which is devoted to “vintage illustration, advertising and ephemera”.